Illinois Gov. J.B. Pritzker has unveiled his graduated state income tax plan, which would raise taxes on those making more… 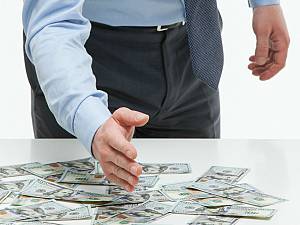 Illinois Gov. J.B. Pritzker has unveiled his graduated state income tax plan, which would raise taxes on those making more than $ 250,000 a year. Right now, the Illinois Constitution says everyone pays a 4.95 percent state income tax no matter what they earn.

The Democratic governor calls his plan a “fair tax,” on the grounds that a billionaire like himself should not pay the same amount as someone who only makes $ 100,000 or $ 30,000. His plan includes new taxes on marijuana, sports betting, insurance companies, and plastic bags, and higher taxes on cigarettes and e-cigarettes.

Illinois spends, spends, spends. But it cannot spend its way into prosperity. The government has to roll back its spending, balance its budget, and reduce taxes in order to keep businesses in the state. The state owes $ 8.5 billion in unpaid bills and $ 134 billion in unfunded pensions, along with the $ 3.2 billion budget deficit. Even if Pritzker closes the budget deficit, how will the state pay off the rest of its debt? How will the state handle new spending? Mary Chastain breaks down the new proposal at Reason.

Congress Fiddles While Trump Lurches Toward War on Iran

Ron Paul Classic: My Battle Against the Fed