In the Major League Baseball standings, the Yankees and the Red Sox are battling for the lead of the American… 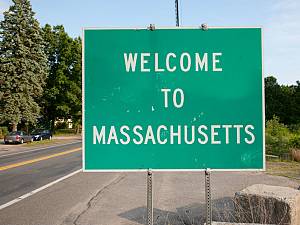 In the Major League Baseball standings, the Yankees and the Red Sox are battling for the lead of the American League East and for the best overall win-loss record. In Amazon’s site-selection contest for its second headquarters, Boston and New York are both finalists. And in a recent report by the real estate technology firm Redfin, New York shows up as a city with a high “net outflow.” Boston, Redfin found, was the top destination for Gotham residents seeking to escape.

Five years after I moved from New York to Boston, the rivalry between the two cities — and between the states of New York and Massachusetts — only shows signs of heating up.

This tends to register barely, if at all, for most New Yorkers. If New Yorkers conceive of their city as having any competition, it’s with Paris, London, Miami, or Los Angeles, rather than with dear old Boston, home of the bean and the cod.

But New Yorkers ignore their smaller rival at their peril, writes Ira Stoll.