Six in 10 registered Democrats in New York’s 16th Congressional District aren’t sure who they’ll vote for in the June 2020 primary — despite longtime incumbent House Foreign Affairs Chair Eliot Engel’s place on the ballot — according to a new poll from Data for Progress.

The burgeoning uncertainty over Engel’s reelection is just the latest example of an upending of politics as usual in the Democratic Party. The most famous upset of a Democratic congressional incumbent by a progressive primary challenger came in 2018, when now-Rep. Alexandria Ocasio-Cortez shocked the political classes by unseating a machine-backed Queens Democrat and landing on Capitol Hill.

Engel, who has served 16 terms in Congress, is facing two primary challengers next June: Jamaal Bowman, a middle school principal from the Bronx who’s endorsed by the progressive group Justice Democrats, and Andom Ghebreghiorgis, a special education teacher born to parents who immigrated to the U.S. from Eritrea. 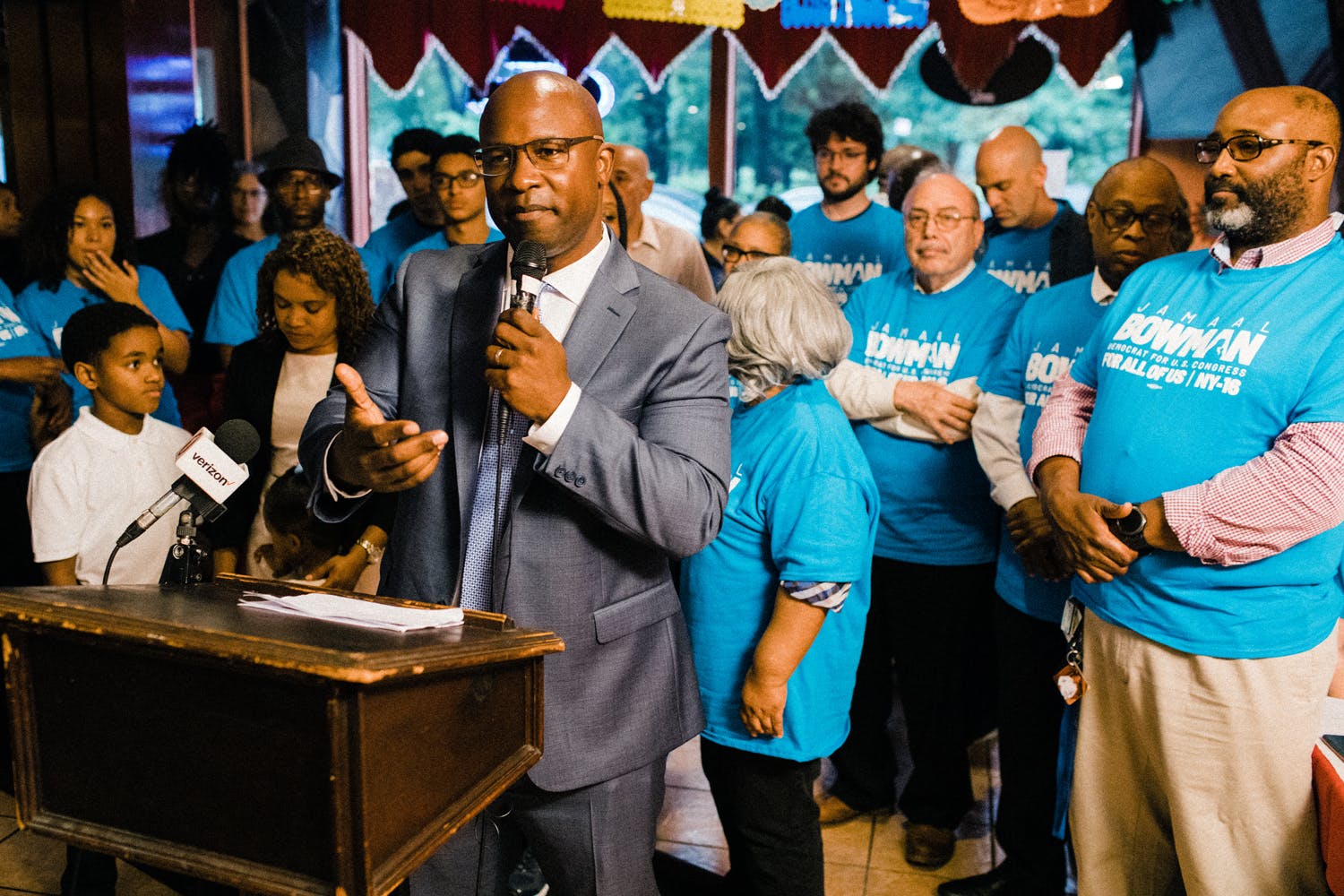 Jamaal Bowman during his campaign launch at the Bronx on June 18, 2019.

The new poll from the progressive think tank Data for Progress, which is aligned with Bowman, surveyed 578 registered Democrats in New York’s 16th District between September 9 and 13. Half of the registered Democrats in the district said they were not sure how to describe Engel’s political viewpoint. If the primary were held today, 29 percent said they would vote for Engel, and 10 percent said they would support Bowman. One percent said the would vote for Ghebreghiorgis. Bowman’s campaign has raised $ 189,000 to Engel’s $ 566,200. Ghebreghiorgis has raised $ 67,400 so far.

The poll results represented a relatively slim lead for such an entrenched incumbent.

The poll results represented a relatively slim lead for such an entrenched incumbent — and progressive activists see the weakness as an opening for one of the challengers.

Over his three decades in Congress, Engel has built a reputation for being hawkish on foreign policy and friendly toward Wall Street. Like many other Democrats, he voted for the Iraq War, the 1994 crime bill, and to repeal parts of the Glass-Steagall regulations on Wall Street. Engel initially opposed the Iran nuclear deal, but now says he supports it.

Bowman is busy hitting Engel for his hawkish policies. The challenger’s website says his campaign is about supporting “schools and education, not bombs and incarceration.” He’s in favor of Medicare for All, a Green New Deal, and reforming the criminal justice system. Bowman pledged to refuse corporate PAC money and has criticized Engel’s reliance on PAC money and large-dollar contributions.

Ghebreghiorgis said that the poll shows vulnerability. “What does it say that a 16-term incumbent can’t count on the support of even 1 in 3 voters in the district?” he said. “From my conversations with voters across the district, I know that they want an end to politics as usual — big money and special interests, forever wars, mass incarceration, housing unaffordability, and income inequality. They want new leadership and transformational change from someone homegrown. We are the only campaign that has a detailed platform and vision rooted in economic, racial, and environmental justice and international solidarity.”

The primary is still eight months away, and it’s normal for a large portion of voters to still be undecided. But the fact that voters in the district can’t describe the political ideology of an official who has represented the state for some 30 years underscores the argument made by both challengers that he’s lost touch with his constituents. Engel represented the 16th District since 2013, holding seats in the 17th and 19th districts before that. He was a New York state assemblyman from 1977 to 1988, when he was first elected to Congress.

At this stage in the race, Engel’s lukewarm standing sets up a promising path for Bowman as momentum builds behind a number of primary challengers in neighboring districts and across the country. In comparison, with three weeks left to go before Ocasio-Cortez’s 2018 primary, the incumbent’s internal polling had him up by 36 points.

The primary in the 16th District is one of Justice Democrats’ top priorities this cycle, along with challenges to other powerful members of the House in Massachusetts, Texas, and Ohio, among others.

Half of respondents in the district described themselves as liberal or very liberal. Thirty-eight percent say they’re moderate. Twenty-five percent described Engel as moderate.

The report on the poll says, “Bowman has been able to break through more than Ghebreghiorgis, and commands more support in the horserace and higher name identification.” The poll, however, reported that 59 percent of respondents still said they had never heard of Bowman, and 75 percent said the same for Ghebreghiorgis.

The Oil “Price” Is A Key Political Tool