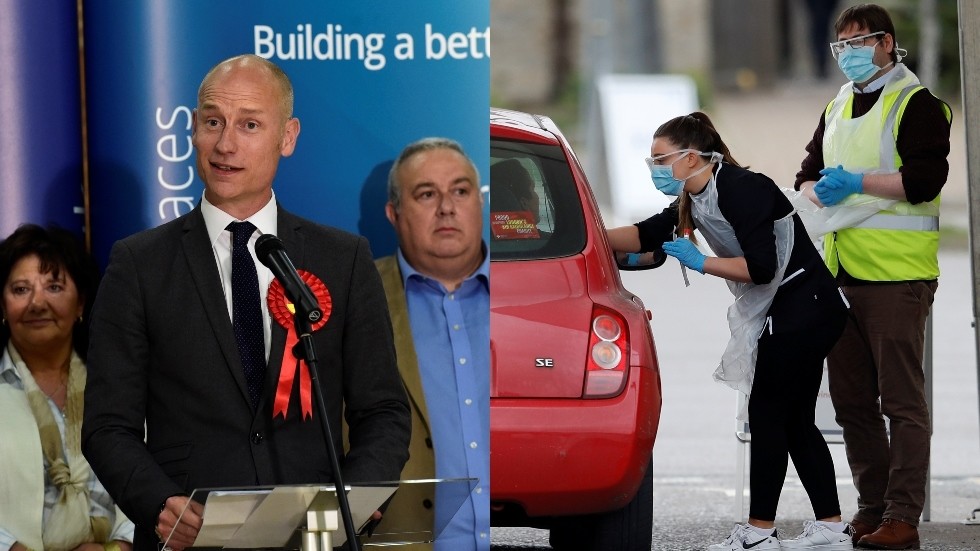 A UK lawmaker who traveled miles to celebrate the birthday of his father — ex-Labour leader Neil Kinnock — going against government lockdown rules on coronavirus, provoking fierce debate on the rights and wrongs of such action.

Stephen Kinnock — the Labour MP for Aberavon in South Wales — tweeted on Saturday a picture with his parents in their front garden in London in aid of his father’s birthday, insisting that he and his wife were abiding by social distancing rules.

However it prompted a telling off from the police via Twitter who deemed it “not essential travel,” and urged Kinnock “to comply with UK government restrictions,”“to keep us all safe.”

Hello @SKinnock we know celebrating your Dad’s birthday is a lovely thing to do, however this is not essential travel. We all have our part to play in this, we urge you to comply with @GOVUK restrictions, they are in place to keep us all safe. Thank you. ^cy

It’s divided many high profile figures and the UK public in general on social media, as Britons attempt to adjust to the ‘new normal’ under strict lockdown rules implemented by PM Boris Johnson’s administration to counter the spread of the deadly disease.

TV presenter Piers Morgan lashed out at the Labour MP branding his behavior “incredibly selfish.” During his ITV show — Good Morning Britain — on Monday, Morgan revealed that it was his birthday, but that he wasn’t expecting “my parents to rock up in the car.”

The 50 year-old politician’s previous tweet telling the public to “abide” by the UK government’s four core rules when it comes to travel has come back to haunt him, with some suggesting that he was a hypocrite for not following his own guidance.

This was Stephen Kinnock 4 days ago. This is why I am calling out his hypocrisy. He travelled 150 miles from S Wales to London for his dads birthday. Not essential. https://t.co/IKB9JBHV20

However, Kevin Maguire — the Daily Mirror’s associate editor — branded South Wales Police’s intervention as “petty,”claiming the “targeting” of Kinnock was a “mistake.” Political journalist and commentator Isabel Oakeshott also hit out at the police, saying that if they continued to act like this then they would “lose public support.”

Many police forces up and down the country have been seen enforcing the new lockdown rules in an uncompromising manner. Last week, Derbyshire police were widely criticized for“shaming” dog walkers out in the wilderness of the Peak District with a use of a drone filming their movements.

PM Johnson and Health Secretary Matt Hancock are self isolating after becoming infected with the disease. Amged El-Hawrani, a 55-year-old ear, nose and throat specialist, became the UK’s first frontline healthcare worker to die from contracting coronavirus on Saturday night.

Sunday saw the UK’s death toll from Covid-19 rise to 1,228 as 209 more people fell victim to the disease over a 24-hour period. Nearly 20,000 people in the country have now tested positive for the infection.