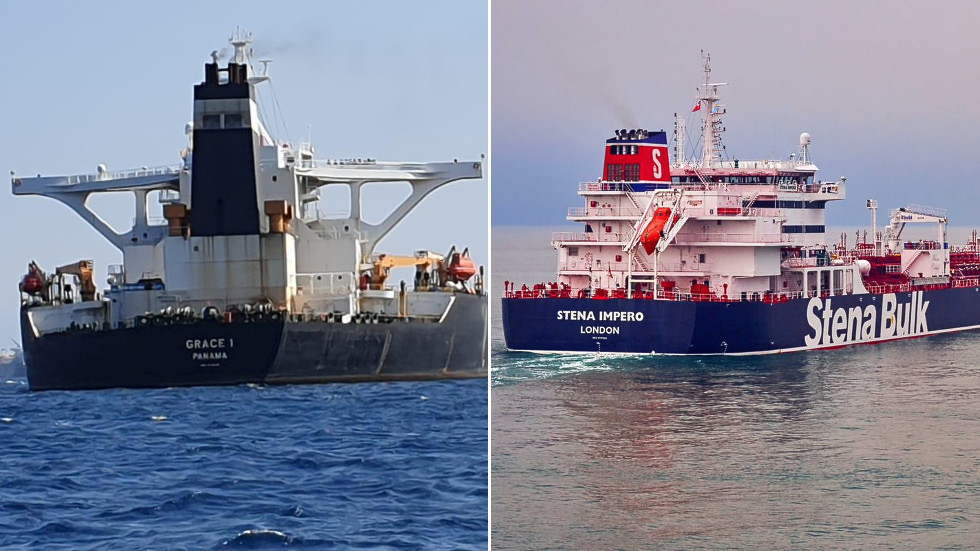 Britain could be softening their position to allow for the release of Tehran’s oil tanker Grace 1 – seized by UK authorities in July – after the exchange of documents between the two countries, Iran media report.

IRNA news agency report Jalil Eslami, deputy head of Iran’s Ports and Maritime Organisation, as claiming that a breakthrough in the Strait of Hormuz oil tanker crisis may be on the horizon, according to Reuters.

Britain is interested in releasing Iran’s oil tanker Grace 1 … following the exchange of some documents, we hope the release will take place soon.

It would mark an about-turn from the UK government after they rejected the idea of a swap deal two weeks ago, with Foreign Secretary Dominic Raab insisting they were “not going to barter.” The British Foreign Office are yet to respond to Eslami’s comments concerning a potential release of Iran’s oil tanker.

British Royal Marines seized the Iranian oil tanker Grace 1 near Gibraltar on July 4, claiming it was transporting oil to Syria, in violation of EU sanctions, which Iran denies.

Tehran responded to the move in tit-for-tat fashion, detaining a British-flagged tanker in the Strait of Hormuz two weeks later. Iran claimed that the vessel, the Stena Impero, had been “violating international maritime rules.”