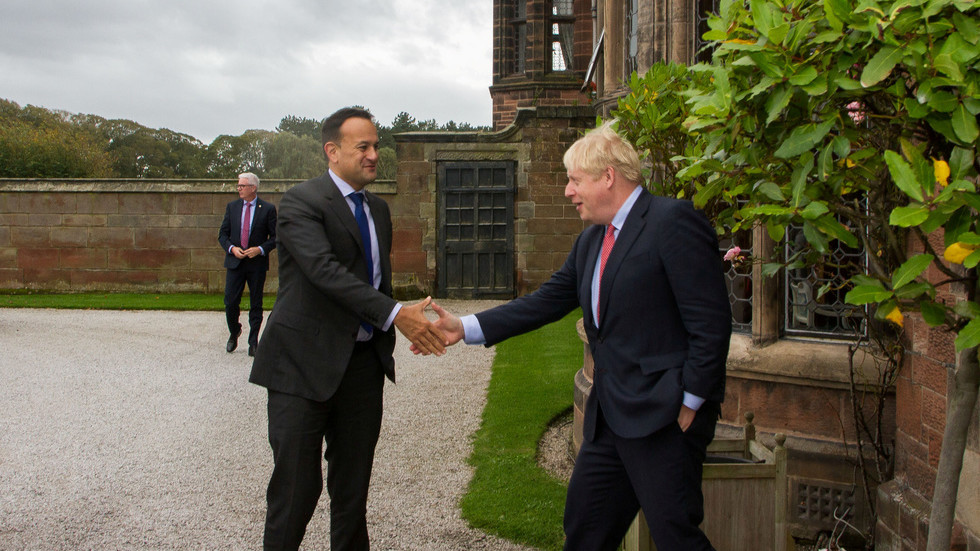 Irish Prime Minister Leo Varadkar has said “very little progress” has been made in Brexit trade talks and that it may be necessary to step up planning for a “no-trade deal” scenario.

Speaking at a post-cabinet press briefing, Varadkar said the Irish government had already agreed to ramp up planning for a no-trade deal situation “in case we arrive at a position at the end of the year,” the Irish Examiner reported.

Varadkar acknowledged the lack of progress in talks but said “that is often the way talks go” at first. “Sometimes you have to have a crisis or a breakdown before you come to an agreement or a solution,” he added.

Britain is set to enter a new round of trade negotiations with the EU next week as the clock ticks down on the Brexit transition period which is due to end on December 31.

Also on rt.com Hypocritical Irish PM tells his people not to picnic during lockdown, then sunbathes bare-chested while picnicking

On Friday, Stefaan de Rynck, an adviser to the EU’s chief trade negotiator Michel Barnier, said “accelerated” summer talks would be necessary to reach a deal on post-Brexit trade.

De Rynck said he was “not so optimistic” about the next round of talks and that while progress may be made, it “won’t be a breakthrough.” He said the EU remained open to an extension of the transition period, an idea which has been rejected by British PM Boris Johnson.

Barnier warned Britain on Thursday that more “realism” was needed if London wanted to secure “orderly agreement to withdraw from the single market and customs union.” He accused Johnson’s government of trying to “pick and choose the best of both worlds for themselves” on a number of key issues.