On Tax Day of all days, key pages of the IRS’s website are down. Last-minute filers looking to view their… 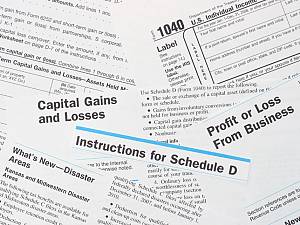 On Tax Day of all days, key pages of the IRS’s website are down. Last-minute filers looking to view their tax information online, make a payment, or figure how much they owe are being greeted with an alert saying: “This service is currently unavailable. We apologize for any inconvenience.”

The timing is a bit awkward, and not just because of the deadline for filing those returns is today.

Just last week, the agency released a glowing press release about its new “mobile-friendly” site designed to “help people who need last-minute tax information.” (The press release is still reachable, but most of the purportedly helpful links in it are down.)

If that weren’t bad enough, Acting IRS Commissioner David Kautter also testified today before the House Oversight Committee, where he had the unpleasant task of telling lawmakers about the technical problems.

So far there’s no word about when the agency’s website will be back online. Kautter reportedly assured the legislators that those unable to file their taxes because of the agency’s mistakes will not be penalized. The commissioner told reporters that the agency had already received some 120 million of 150 million expected returns, leaving about 30 million possibly affected.

IRS spokesperson Sarah Allen tells NPR that taxpayers should not panic and “continue filing their tax returns as they normally would.”

Elsewhere at Reason: Brian Doherty notes some of the wasteful expenditures that will gobble up your tax return this year, from Doggie Hamlet to Tomahawk missiles. Looks like we can add broken tax-collecting websites to the list.

Vietnam Anyone? US Lawmakers Call For Military Advisors To Ukraine!