John Bolton, who has dedicated his life to getting Iran – a Russian ally – bombed, has revealed himself as… 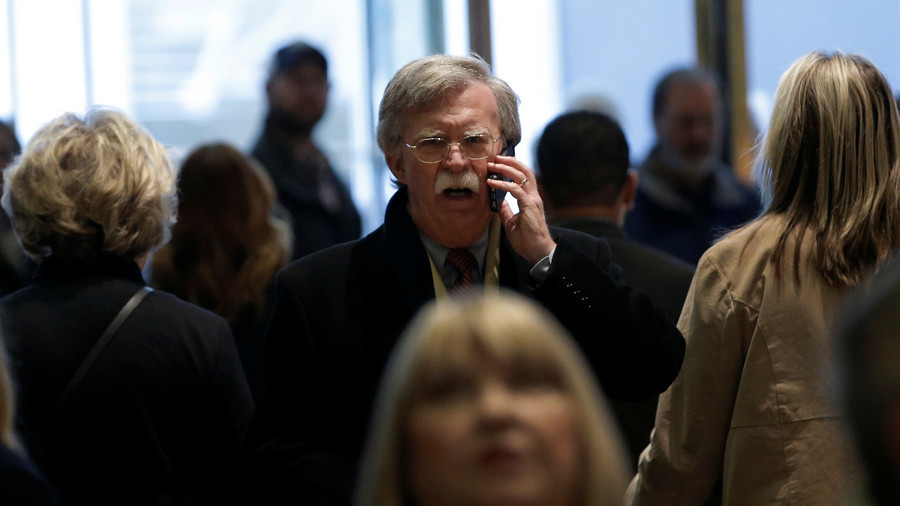 John Bolton, who has dedicated his life to getting Iran – a Russian ally – bombed, has revealed himself as a Kremlin agent after shaking Putin’s hand in Moscow, according to Russiagate’s most levelheaded disciples.

The US National Security Advisor met with Russian President Vladimir Putin in Moscow on Wednesday, laying the groundwork for a meeting between Putin and Trump.

The arch-hawk has accused Russia of aligning with Iran, “the world’s most important financier of terrorism,” and throwing its weight behind an “axis of evil.” But Bolton’s decision to meet with Putin can mean only one thing, according to celebrated connoisseurs of baseless Russiagate conspiracies: John Bolton has been compromised.

Neocon stenographer Michael Weiss has led the charge, hinting that Bolton’s presence in Moscow suggests that the Russians probably have a video of him getting urinated on by a prostitute.

Not to be outdone, Russian fairy tale author and Atlantic Council poster boy, Anders Aslund, declared that Bolton had been “captured by the Kremlin.” Aslund provided mountains of damning evidence to support this incendiary claim – in accordance with the strict ethical standards of the Atlantic Council.

“Bolton made every sign of having been captured by the Kremlin, even doing his press conference at Russian Interfax rather than at the US Embassy. Sad & telling,” Aslund wrote.

Bolton made every sign of having been captured by the Kremlin, even doing his press conference at Russian Interfax rather than at the US Embassy. Sad & telling. https://t.co/91IewjjYVq

To their credit, the sleuths at the BBC took a more nuanced approach to Bolton’s visit, noting that the war hawk had flown halfway around the world for a face-to-face meeting with Putin, only to squander a ripe opportunity for escalation with diplomatic pleasantries. Shocking and sinister.

Speaking about Vladimir Putin in 2013, John Bolton said: “We need to do things that cause him pain.” Today in the Kremlin he told Russia’s president: “We are most appreciative of your courtesy and graciousness.” pic.twitter.com/PJfILTbdPB

Echoing the profound cognitive abilities of Weiss and Aslund, a righteous group of #Resisters took to Twitter to express their outrage over two nuclear powers attempting to resolve disputes that could spiral into global extermination.

Unless John Bolton plans to handcuff Putin and bring him back to America for trial, there is no reason why he should be meeting with the dictator at the Kremlin today. Putin continues to attack the very heart of our democracy!

He shouldn’t be rewarded!