AS AMERICA presses North Korea to abandon nuclear weapons, it has pointed to Vietnam as an example of the prosperity… 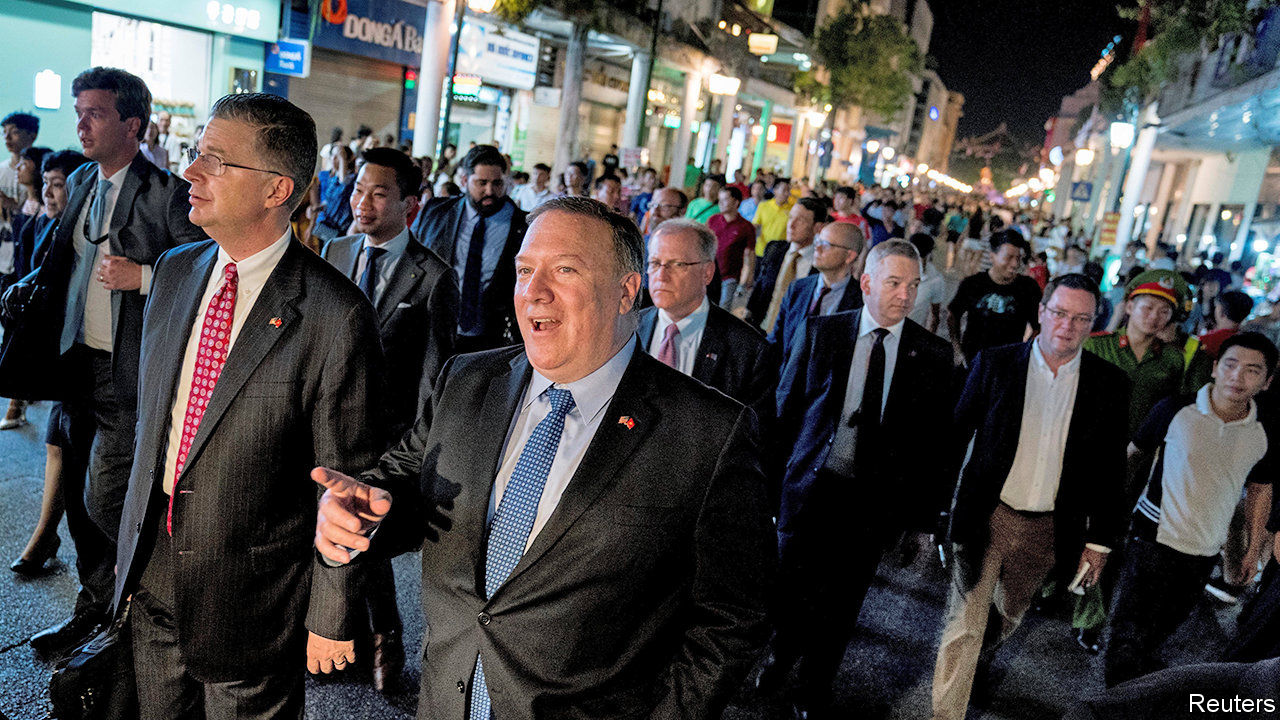 AS AMERICA presses North Korea to abandon nuclear weapons, it has pointed to Vietnam as an example of the prosperity that awaits the isolated state. “It can be your miracle in North Korea as well,” Mike Pompeo (pictured), the secretary of state, said on July 8th, on a visit to Hanoi. It is not the first time Vietnam has been held up as a model for North Korea. Over the years, officials from the two countries have discussed lessons from Vietnam’s reforms. North Korea sees Vietnam as less threatening than China and more of a peer, making it a more welcome mentor. But North Korea’s economic path is likely to be more fraught.

Yes, there are similarities. Like North Korea’s economy today, Vietnam’s used to be largely collectivised. The Vietnamese Communist party’s ability to retain power at the same time as freeing markets must appeal to Kim Jong Un, North Korea’s dictator, who has vowed to improve his country’s economy. In 1985, on the eve of Vietnam’s

The Tell: Oil prices not reflecting severity of Iran crisis as tensions escalate in Strait of Hormuz: analyst

No talks set between Trump and China's Xi before trade deadline

The Wall Street Journal: Merger will be lucrative for Viacom and CBS chief executives

Facebook earnings include admission of two antitrust probes and billions in fines, but stock barely hurt

The Conversation: 4 things you can do to help kids cope with upheaval from coronavirus quarantines

The Number One: This is the sexiest accent in the U.S.

Personal Finance Daily: How Hurricane Dorian is affecting flights, cruises and theme parks in Florida and what NOT to buy on Labor Day weekend