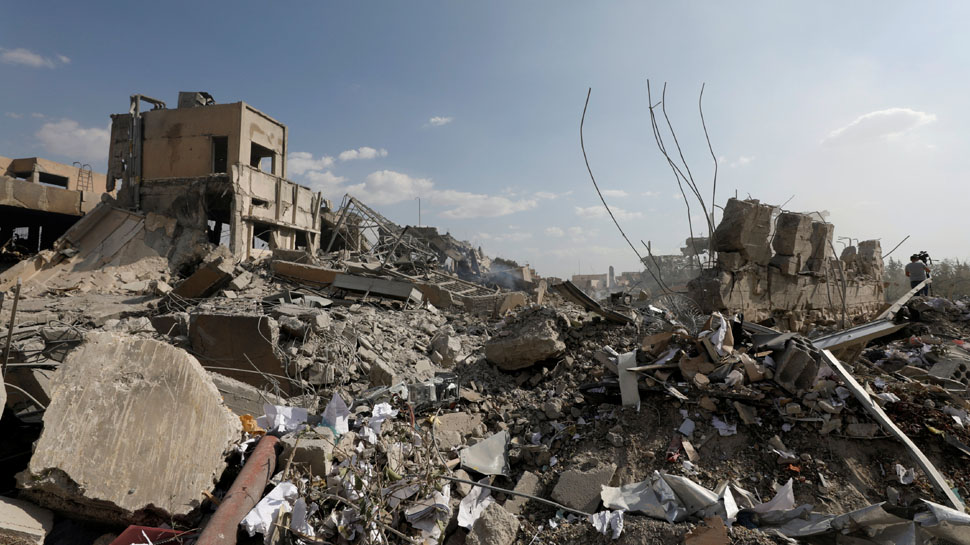 Jerusalem: Israeli raids overnight hit “nearly all the Iranian infrastructure in Syria”, Defence Minister Avigdor Lieberman said on Thursday after strikes Israel says were in response to rocket fire at its forces it blamed on Iran.

“We hit nearly all the Iranian infrastructure in Syria,” Lieberman told a security conference.

“They need to remember the saying that if it rains on us, it’ll storm on them. I hope we’ve finished this episode and everyone understood.” Israel’s army said today it had hit dozens of Iranian military targets in Syria.

It was one of the largest Israeli military operations in recent years and its biggest such raid against Iranian targets, the military said.

Israel carried out the raids after it said around 20 rockets were fired from Syria at its forces in the occupied Golan Heights at around midnight.

It blamed the rocket fire on Iran’s Al-Quds force, adding that Israel’s anti-missile system intercepted four of the projectiles while the rest did not land in its territory. No Israelis were wounded.

“We don’t want an escalation, but won’t let anyone attack us or build an infrastructure to attack us in the future,” Lieberman said.

“We’re facing a new reality. The Iranian attempt to bring anti-aircraft systems to our borders and close our skies is intolerable and unacceptable.” The incident came after weeks of rising tensions and followed US President Donald Trump’s decision to withdraw from the Iran nuclear deal on Tuesday, a move Israel had long advocated.

Coronavirus: Immigration to US to be suspended amid pandemic, Trump says