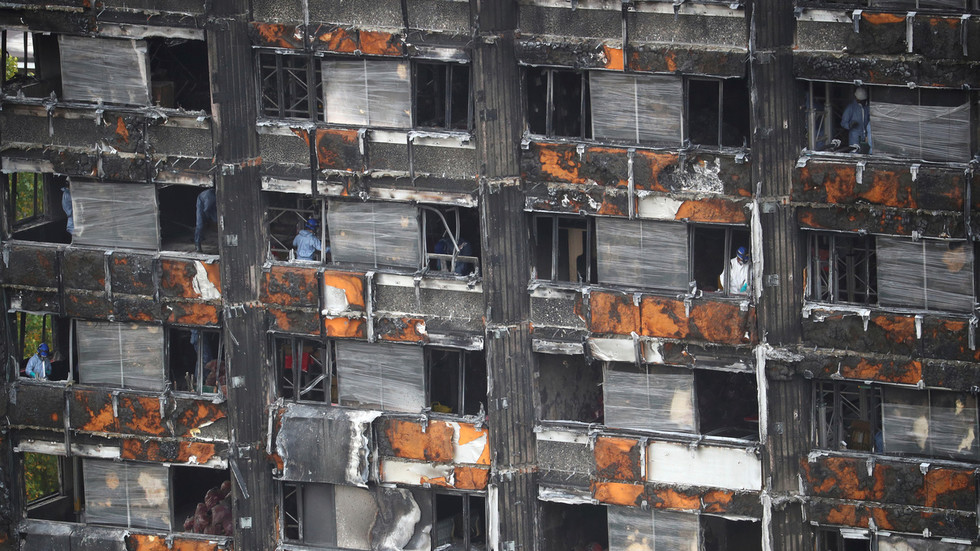 An inquiry into the Grenfell fire disaster which killed 72 people in 2017 was halted within minutes of resuming on Monday after angry outbursts from members of the public who called for it to be abandoned.

Some of those protesting at the hearing were heard to shout, “it’s a disgrace,” and “what’s the point.”

The outbursts came after the Attorney General Suella Braermann agreed to requests from the companies that had refurbished the residential tower block that any evidence they give at the inquiry would not be used against them in criminal proceedings. The hearing resumed after security removed the protesters, one of whom asked: “What’s the point if [the witness statements] can’t be used in a court of law?”

The blaze which broke out in one Grenfell apartment in the early hours of June 14, 2017 spread rapidly through the 24-story building, trapping some of those who lived on higher floors.

The inquiry, chaired by Sir Martin Moore-Bick, is currently in its second stage, which focuses on why the building was covered in flammable cladding when it was being refurbished from 2012 to 2016. Monday’s first witness was Andrezej Kuszell, director of Studio E architects – who were involved in the renovation – and he had just begun giving evidence when the outbursts began.

“People may feel strongly about some of the evidence, but it’s very important … that the witnesses are allowed to give their evidence with dignity,” Moore-Bick said.

A man who lost a loved one in the disaster argued with the protesters, saying that the bereaved families want to hear from the witnesses.

The first phase of the inquiry was highly critical of the fire service’s response to the crisis, saying that more people could have been saved if London Fire Brigade had abandoned its ‘stay in place’ advisory for residents inside the burning building sooner. Fire chief Dany Cotton resigned in the wake of the criticism and renewed calls from bereaved Grenfell relatives that she quit.