A UK minister’s plea for people to “move on” from the Dominic Cummings lockdown violation controversy has been slammed, with… 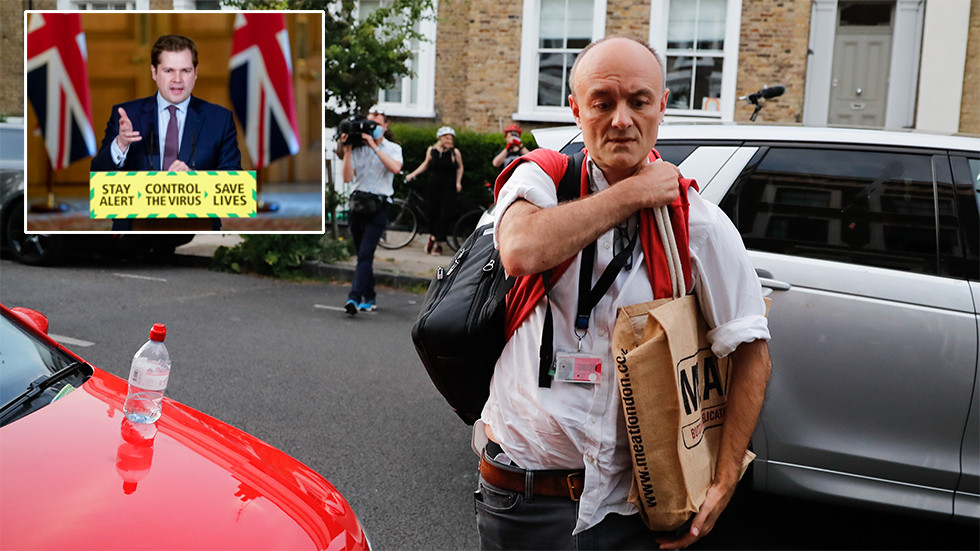 A UK minister’s plea for people to “move on” from the Dominic Cummings lockdown violation controversy has been slammed, with many Britons saying the issue shows the government’s contempt for ordinary people.

In an interview with the BBC on Wednesday, Robert Jenrick – the housing, communities and local government secretary – argued that the prime minister’s special adviser had given a “reasonable” explanation as to why he travelled more than 260 miles (418 km) to his parents’ estate during the peak of the coronavirus pandemic.

My view is that now we accept that [explanation] and we move on because there are many, many more important issues that we need to be talking about.

It comes amid growing pressure on Prime Minister Boris Johnson to ditch his key aide, with over 30 Conservative lawmakers publicly calling for Cummings to be sacked or to resign.

Johnson – who has defended his special adviser’s actions, insisting he acted with “integrity” – will appear before the Commons Liaison Committee later to answer questions on the coronavirus crisis, which is sure to cover the Cummings saga.

Jenrick’s plea to the nation has been brutally rejected on social media, with people hitting out at the apparent lack of contrition shown by someone with real power. Most feel the issue is about far more than one man flouting Covid-19 lockdown rules.

Also on rt.com 59% of Britons say PM’s adviser Cummings MUST GO after lockdown violations, as pressure builds on Johnson

One commenter insisted that it’s yet another example of “a decade of double standards” with one rule for the elite and another for the people, tweeting: “It’s them and us, and it always has been.”

Another responded to Jenrick’s remarks, saying that if Cummings had offered a swift apology, “many of us would have been ready to move on,” but the “utter arrogance” the 48 year-old showed during his statement on Monday “isn’t going to help.”

Others posted gifs poking fun at the apparent contempt those in power have for “the nodding dogs” – the British public – who have to play by different rules.

It emerged on Friday that Johnson’s special adviser broke lockdown restrictions, which Cummings himself had lobbied for. He defended the trip by claiming that it counted as essential travel as it had to do with securing childcare, before he and his wife were incapacitated with Covid-19 symptoms.

Linkedin
Categories: WORLD Tags: ‘US, Cummings, from, fumes, It's, ministers, move, on’, Over, Plea, public, saga, them