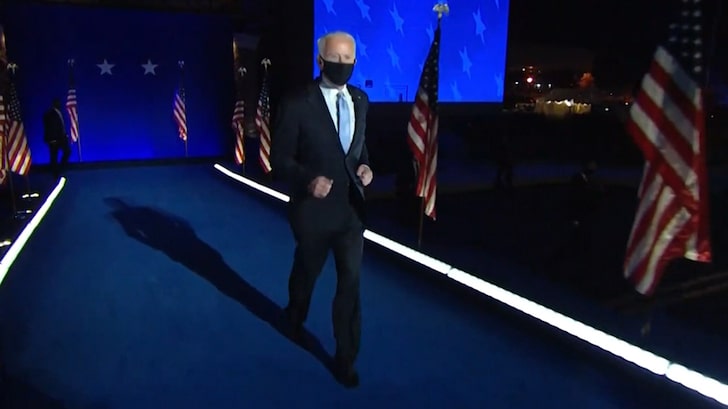 Joe Biden and Kamala Harris both gave rousing speeches to an enormous crowd as they declared victory in the 2020 Presidential election.

Biden sprinted to the podium, then told the crowd his victory was clear and convincing. He was clearly messaging that Donald Trump‘s challenges will amount to nothing. 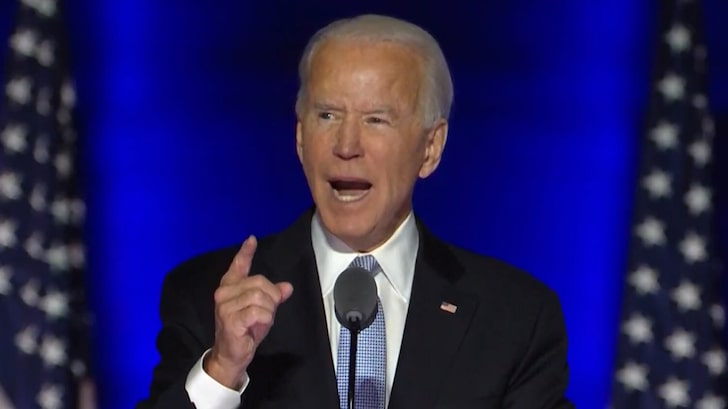 He then got presidential, telling the crowd he will restore respect for America around the world. He said he was heartened by the joy he’s observed today all over the world.

Biden then laid out the work ahead, starting with subduing the COVID pandemic, restoring the economy, and on and on. 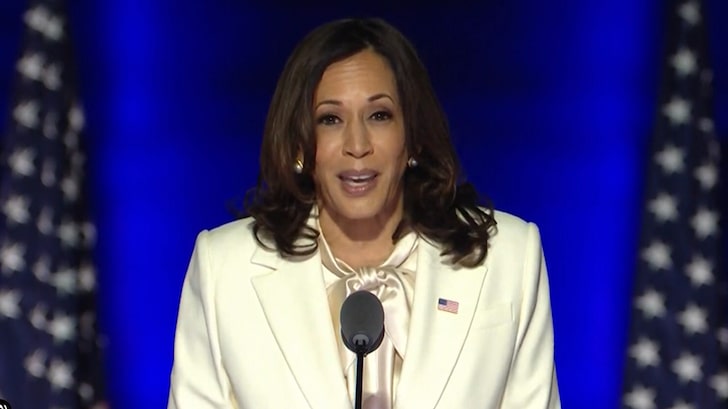 Kamala Harris introduced Biden. She came out to thunderous cheering and honking, to Mary J Blige’s “Work It,”and began her speech by referencing the late John Lewis, who said … “Democracy is not a state. It’s an act.” As Harris explained, there’s no guarantee that democracy will endure … it’s all about action. 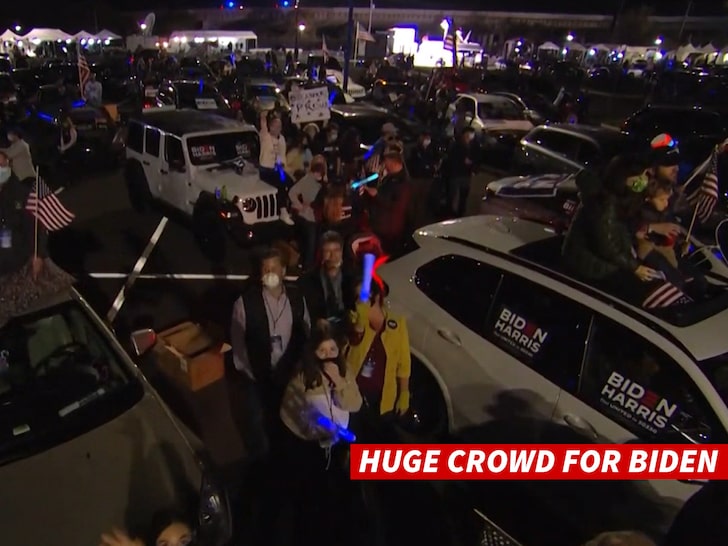 Harris took some oblique shots at Trump, saying voters chose hope, unity, decency, science and truth. But, most of what she did was inspirational, talking about her historic rise and her late mother’s mantra that anything is possible.

Her most memorable line … “I may be the first [female Veep] in this office. I will not be the last.”

It was fascinating … all of Donald Trump’s threats seemed to disappear in the moment.