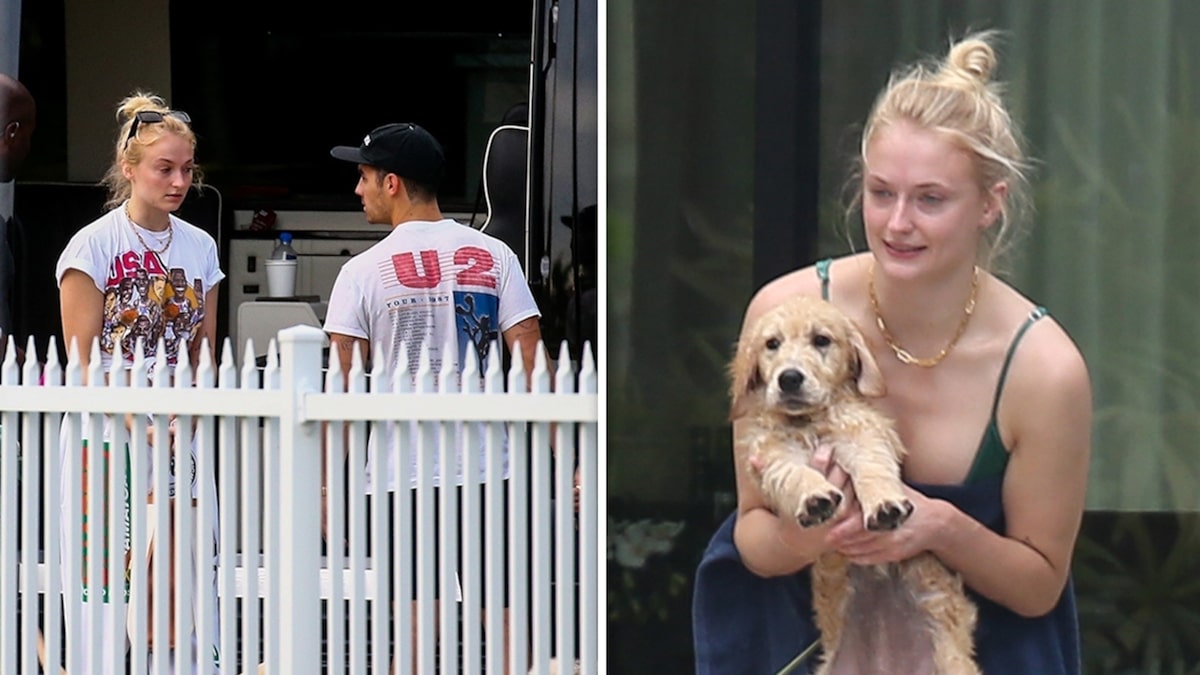 Joe Jonas and Sophie Turner are getting over the death of their dog with the help of a new furry friend … they got a new pup in their company just over a week later.

The couple was out Saturday in Miami, settling into what appears to be a vacation home with Joe’s bro, Kevin, his sister-in-law, Priyanka Chopra, as well as some friends in tow. No word on whether Nick and Danielle tagged along — they might be joining later.

The biggest addition to the crew though was a puppy golden retriever, who Sophie brought out of the van on a leash and what looks like a harness of some sort. Later, she gave this little lady a bath in the pool, and she didn’t even seem to mind. Good girl (we think)!!!

There was another pooch there with them too, but Joe and Sophie’s other dog, Porky, didn’t show up in these photos. He’s the brother of their Alaskan Klee Kai, Waldo — who was tragically hit and killed by a car in New York last week, after breaking free from his leash.

As you’ll recall, the pet owners were devastated in the following days … and definitely didn’t hide their emotions in grieving the loss of their canine family member.

Looks like they’ve found a new way to cope now — whether the puppy here is a rental or permanently part of the pack, it sure is lifting their spirits.