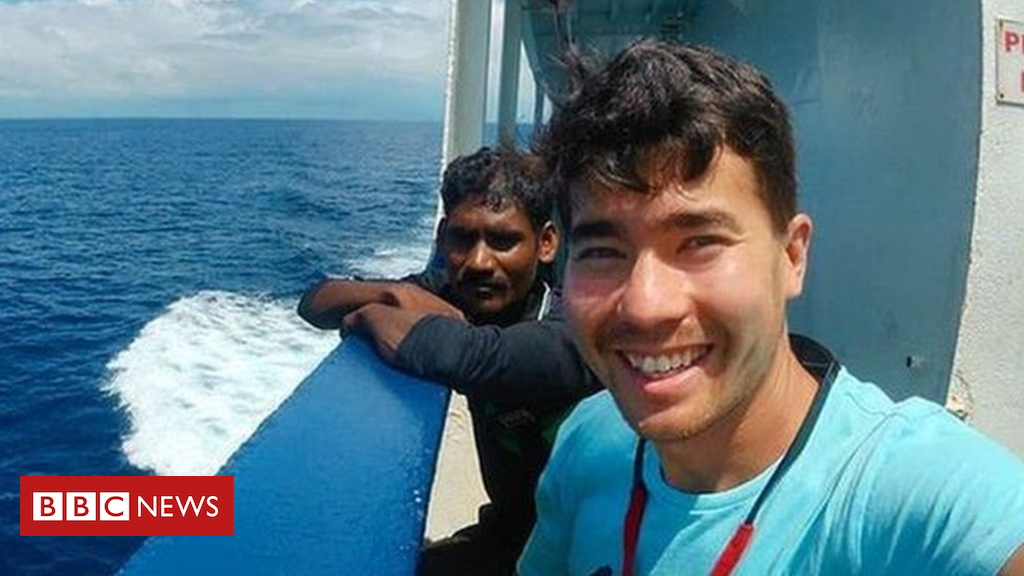 The family of a US man reportedly killed by arrows fired by members of an endangered tribe in India’s Andaman and Nicobar islands have said they forgive those who killed him.

In a statement, they said John Allen Chau “loved God, life, helping those in need, and had nothing but love for the Sentinelese people”.

Seven people who helped him reach North Sentinel island have been arrested.

The Indian authorities say it may take “some days” to recover Mr Chau’s body.

A missionary who was in contact with Mr Chau in the last days of his trip says his aim was to bring the gospel to the island’s tribesmen.

Outsiders are banned from even approaching the island to protect the people who live there, and their way of life.

The complete isolation of the Sentinelese people means contact with the outside world could put them at risk, as they are likely to have no immunity to even common illnesses such as flu and measles.

Mr Chau’s family released a statement on Instagram, saying he had gone to the island of “his own free will”.

“We also ask for the release of those friends he had in the Andaman Islands. He ventured out of his own free will and his local contacts need not be persecuted for his own actions,” the statement said.

A murder case has been registered against unknown persons, and seven people, including at least five fishermen, have been arrested for helping Mr Chau reach the island, police say.

The authorities have sent a helicopter and a ship to the area to identify where the incident took place.

“We maintained a distance from the island and have not yet been able to spot the body. It may take some more days and… [reconnaissance] of the area,” Dependra Pathak, director-general of police on the Andaman and Nicobar Islands, told the AFP news agency.

Police have roped in field experts, including Indian anthropologists and tribal welfare and forest officers, to help them tackle the situation.

“We have to take care that we must not disturb them or their habitat by any means. It is a highly sensitive zone and it will take some time,” he said.

On his last visit to the island, Mr Chau had taken a boat with local fishermen towards the remote North Sentinel island. He then ventured alone in a canoe to the beach.

As soon as he set foot on the island, he was attacked with bows and arrows, according to the fishermen.

According to extracts of a journal published in the Washington Post, on a previous visit, he had shouted at them: “My name is John, I love you and Jesus loves you.”

One of the tribesmen shot at him with an arrow, which pierced his waterproof Bible, he wrote.

In a last note to his family, he wrote: “You guys might think I’m crazy in all this but I think it’s worthwhile to declare Jesus to these people.

He had taken scissors, safety pins and a football as gifts to the tribe, according to a source quoted by Reuters news agency who had access to his notes and asked not to be named.

He wrote he was “doing this to establish the kingdom of Jesus on the island… Do not blame the natives if I am killed,” the source said.

Jeff King is president of International Christian Concern, the organisation with which Mr Chau was aligned, and was in contact with him during his visit.

“John went there to bring the gospel to these people… He had talked about it… planned it for a while, so it wasn’t a whim, it wasn’t a lark,” he told the BBC’s Newsday programme.

“He’d been in the islands before, to this particular island… there were three or four visits on that day, and what happened was on the first visit he was turned back by arrows; the second visit, he came with two big fish as a gift.

“My understanding was the men accepted the gift; they sat together for an hour; he said they were menacing and they actually shot him. He went back to the boat, and then gradually went back a third time. That’s when the fishermen who were looking through binoculars saw that they’d killed him and were taking him apart.

“This was not a job he was doing – this was a dream he had that unfortunately went wrong.”

The Andaman and Nicobar Islands are a chain of small islands hundreds of kilometres east of India in the Indian Ocean.

Contact with several tribes on the islands is illegal to protect their indigenous way of life.

In 2017, the Indian government also said taking photographs or making videos of the aboriginal Andaman tribes would be punishable with imprisonment of up to three years.

Two Indian fishermen fishing illegally off North Sentinel Island were killed by the tribe in 2006.

The Sentinelese are totally cut off from the rest of the world.

Global organisations like London-based Survival International have been campaigning to protect the indigenous tribes living in the Andamans.

The tribe live on their own island, roughly the size of Manhattan, but most of what is known about them comes from viewing them from a distance.