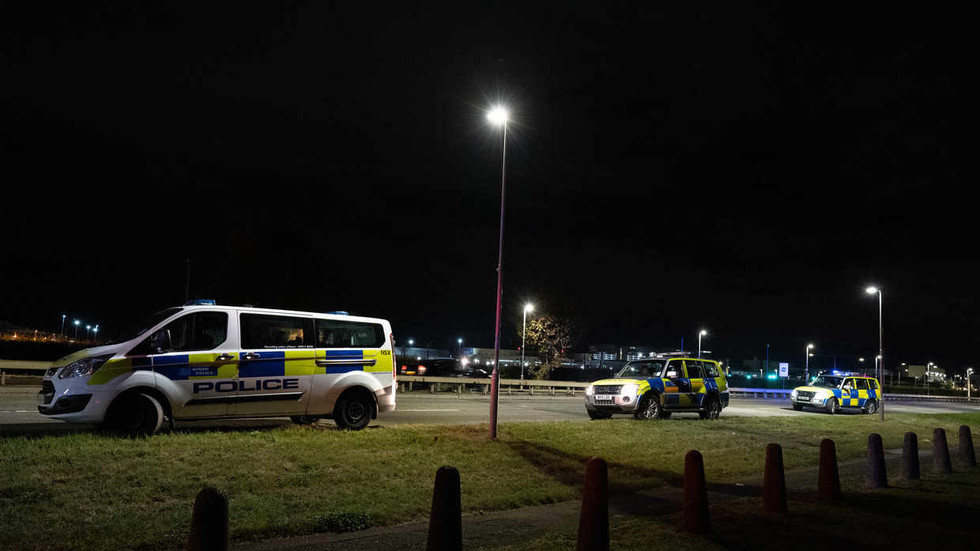 A cinema in Birmingham descended into chaos after a fracas involving some 100 people erupted amid reports that machete-wielding thugs had been spotted in the crowd. A massive police operation followed.

Police were called to a Vue Cinema hall in Birmingham at around 5.35 pm local time amid reports that a “group of people with machetes” were storming the Star City entertainment complex.

Videos of the incident have emerged on social media showing multiple police cars arriving at the scene.

Officers can be seen intervening to keep rival groups apart during the showdown.

Around 50 police cars and over 100 officers were scrambled to deal with the suspected riot, witnesses say.

A number of police officers were assaulted as they moved in, and several people were arrested. It is unclear if any machetes were recovered, however.

The disturbances broke out ahead of the ‘Frozen’ screening at the cinema, as it was packed with children, dressed up as their favorites characters. A woman who said she was present at the cinema wrote in a Twitter post that the commotion originally began as a fight between “young girls.”

Kids are being killed in London daily so they decide to make a film and glorify it? Ridiculous! Families there to see Frozen and they have to witness these wannabe gangster clowns 🤦🏻‍♂️ disgrace #starcity

“Police brought batons, tasers and dogs out. Star city now closed,” Rachael Allison tweeted, noting that she did not see any weapons.

Another witness described the melee as “one of the scariest moments” of her life.

“That’s probably one of the scariest moments of my life. Me and my daughter were in a queue to watch frozen, loads of little kids there, all dressed up and everything, then these girls jumped on another girl and loads of these kids just started fighting,” she told Mirror Online.