Ramzan Kadyrov, the head of the Chechen Republic, has expressed his bewilderment over the US’ charges against Russian gun activist…

Ramzan Kadyrov, the head of the Chechen Republic, has expressed his bewilderment over the US’ charges against Russian gun activist Maria Butina, who, he says, has done nothing illegal, yet finds herself in an American jail.

“For several days in a row I see and hear the name Maria Butina everywhere. They write that she has been detained in the USA and charged with lobbying Russia’s interests. But she has done nothing illegal, she never stole any classified data from the Pentagon and she never tried to find a job at the CIA,” Kadyrov tweeted on Friday along with a photo of Butina.

The 29-year-old Russian citizen was arrested in the US about a week ago and charged with acting as a foreign agent without registering her activities with the authorities. On Sunday, the DC Federal Court rejected Butina’s bail plea and ordered her to be placed in custody pending trial over fears that she could flee or contact Russian intelligence officials. 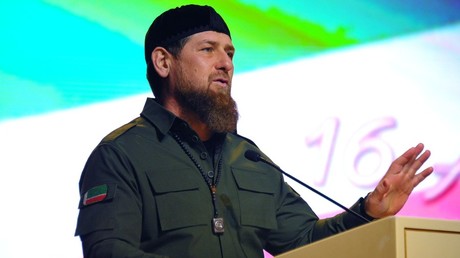 Butina has pleaded not guilty of the charges. In a Facebook post, the Russian Embassy in Washington announced that its diplomats had contacted the woman in prison and confirmed the not-guilty plea. The embassy press service also said that an official letter demanding an explanation of the arrest was sent to the US authorities.

This is not the first time Kadyrov has commented via social media on the justice system and human rights in the US. He recently commented on a US State Department report containing allegations of human rights violations in Chechnya on Telegram, saying: “As far as fundamental human rights are concerned, the situation in Chechnya is significantly better than the one in the United States of America.”