A Chechen charity organization has delivered hundreds of tons of food and other aid to the Syrian people and is now sponsoring the restoration of historical mosques in the country, the government’s press service reports.

In a press release timed to coincide with the 14th anniversary of the Akhmat Kadyrov Public Foundation – the charity group named after the first Chechen president who was killed by terrorists in 2004 – the Chechen government noted that the group had been delivering aid outside the Russian Federation “for a long time and on a broad scale.” 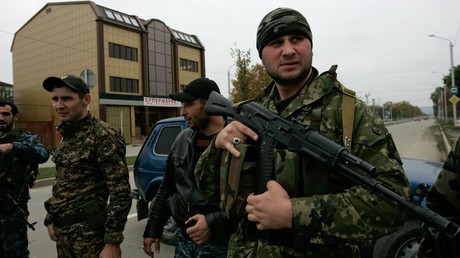 The foundation helped the disaster-stricken residents of the Middle East, Far East and African nations. It has also sponsored the construction of several mosques in Turkey and Israel, the report reads.

Since the beginning of this year, people from the foundation handed out several hundred thousand tons of bread in Aleppo and Damascus as well as thousands of pairs of footwear and sets of clothing. Money provided by the group was used to organize surgery for about 150 women and children who were wounded in the course of the Syrian civil war.

The foundation also provides money for restoration of several historical mosques in the Syrian cities of Aleppo and Homs, the press-service said. The organization was launched in 2004 in memory of Akhmat-Haji Kadyrov, the former Chechen president and father of the current head of the Chechen Republic Ramzan Kadyrov. 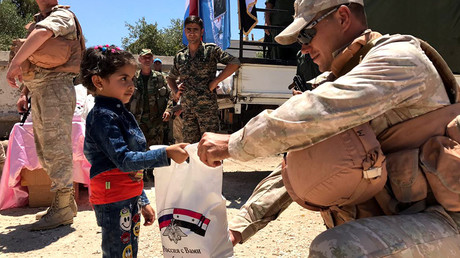 The group is headed by Akhmat Kadyrov’s widow Aimani. In recent years, it has repeatedly delivered humanitarian aid to various regions affected by armed conflicts, such as Somalia and Syria. A public opinion poll conducted in October last year revealed that 75 percent of Russians would like to see their country continue sending humanitarian aid to Syria even after the war in the country comes to an end.

Forty-five percent said that Russia’s main ally in the Middle East should receive military-technical help and 44 percent backed diplomatic support. Just under a quarter – 22 percent – said that simple monetary aid would be preferable.