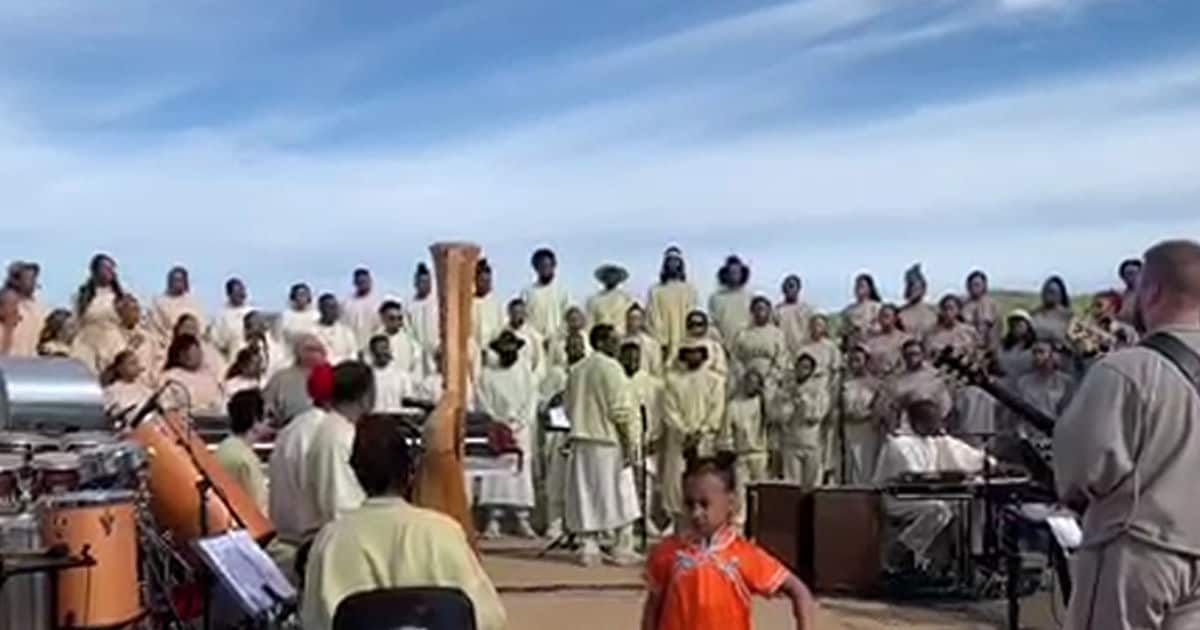 Kanye West is the latest huge star to pay tribute to Nipsey Hussle … and he did it with his Sunday Service.

Ye was holding his weekly outdoor concert Sunday — per usual — but at one point during the show … he played audio of Nipsey’s voice delivering some inspirational words about encouragement over music that was beginning to build, courtesy of Kanye who was DJ’ing.

The choir and live band take it from there, as they start to play out what sounds like a hymn for Nipsey. You can also see North West getting into the vibe too.

Love Yourz is forever one of my favorites but this performance was everything, Rest In Peace Nip @JColeNC pic.twitter.com/u5GzVk2uVu

Kanye’s shout out to Nipsey follows J. Cole dedicating an entire song to the LA rapper during his inaugural Dreamville Fest Saturday. Big Sean held a special moment for Nipsey as the same event.

There’s gonna be a memorial service for Nipsey at the Staples Center on Thursday. No word yet if music will be incorporated, but Nipsey’s peers have had that covered so far.