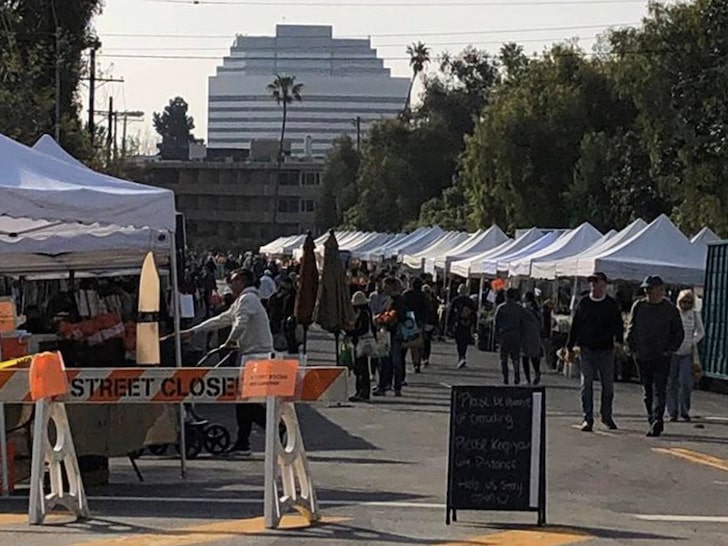 5:52 PM PT — Katherine just got her wish … Mayor Garcetti just announced the temporary suspension of all farmer’s markets in Los Angeles to slow the spread of the coronavirus.

If markets want to open back up, they need to submit a plan detailing how they would keep workers and shoppers safe and prevent the spread of the virus.

#BREAKING: Mayor Eric Garcetti announces temporary suspension of all farmers markets in the city of Los Angeles to fight spread of coronavirus; tells markets to submit plans that would allow them to safely re-open https://t.co/48pgdUvLPj pic.twitter.com/UFPMLl5UHU

Katherine Schwarzenegger is just one of many Angelenos up in arms over the amount of people at a local farmer’s market — and she’s asking the Mayor to step in and shut it down.

Kat, along with several other people, tagged and responded to Mayor Eric Garcetti‘s message to citizens Sunday … pointing out just how packed the Brentwood Farmer’s Market was this morning, with not too many people practicing social distancing at all.

The photos circulating online are stunning — you’d never guess anyone was under quarantine or safer-at-home orders … it looks like a regular weekend in L.A., even though it really isn’t. KS wrote, “The farmers market in Brentwood still being open seems like a huge issue when it comes to social gatherings 👏🏽” The implication … please put a stop to this, Mister Mayor. 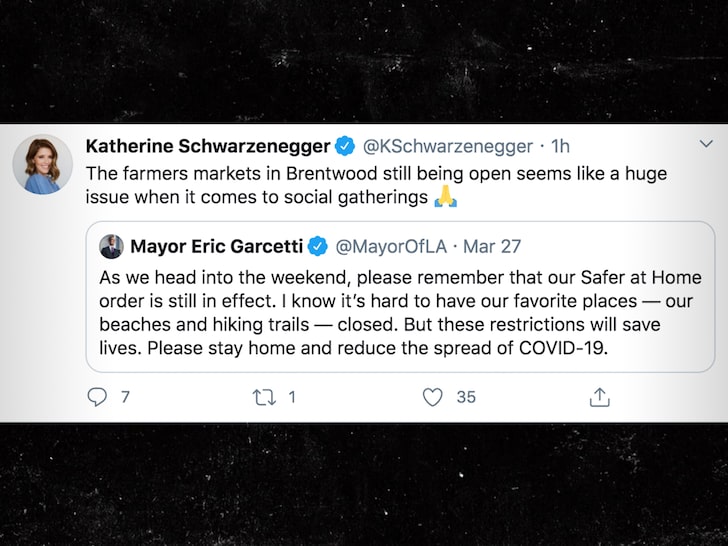 What’s crazy is that cops in and around L.A. have, in fact, been issuing tickets to people who brazenly get too close to other people in public. We spoke with someone who was stopped by LAPD cops outside a Silverlake Starbucks in the L.A. area who said she was told she was getting a $ 400 ticket for being too close to another customer. When she told cops it was her roommate, they gave her a warning. That said, it begs a serious question.

Why are events like this allowed to go on if they will put people in harm’s way? Sure, food is sold here — which seems to fall under the essential business criteria — but in reality, the photo makes it clear — this is insanely dangerous. 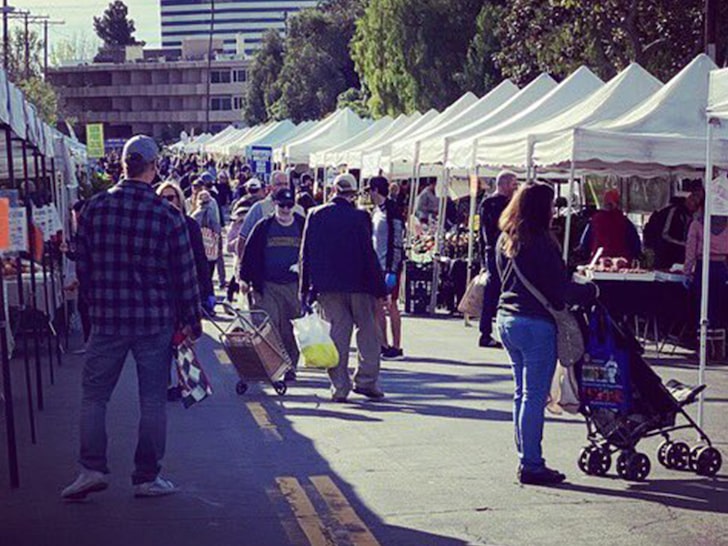 It’s especially weird, because Brentwood is extremely liberal, and most people presumably would be listening to Dr. Fauci rather than Donald Trump. But, by squeezing into such a small space, they’re acting like Trumpers.

The LAPD tells us they didn’t get any calls complaining about the market, but they say they’re on their way out to the market now. They told us their job is to educate and keep people apart, not to ticket.

There seems to be a disconnect because there is a law on the books that says it’s a misdemeanor punishable by fine or imprisonment to violate the social distancing rules.