The majority of the 110 Nigerian schoolgirls kidnapped by militants in the town of Dapchi last month have been returned,… 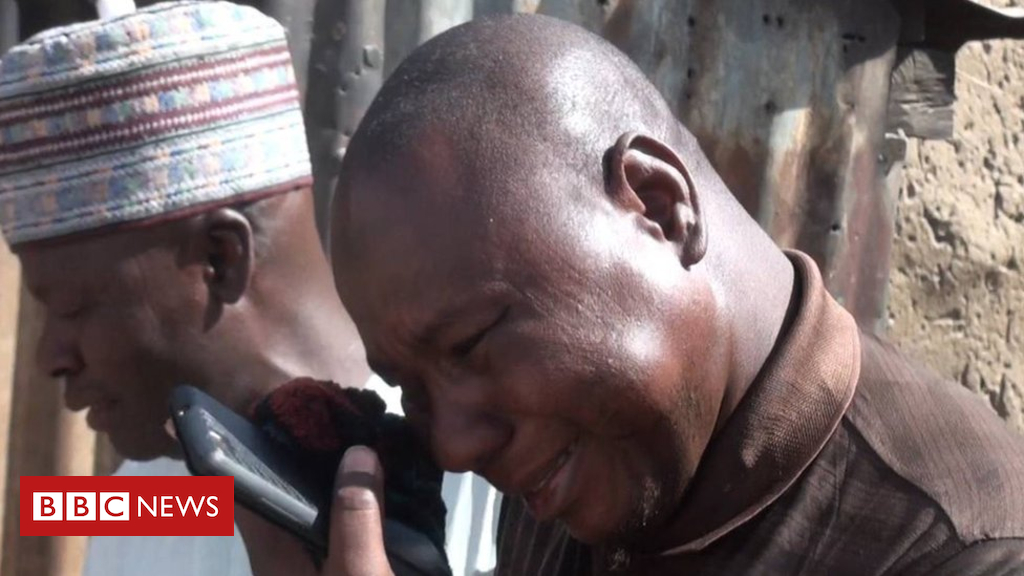 The majority of the 110 Nigerian schoolgirls kidnapped by militants in the town of Dapchi last month have been returned, the government says.

A presidential aide said 101 schoolgirls were dropped back in the town in the early hours of Wednesday.

The government said the army allowed the militants through, so “lives were not lost”, but denied paying a ransom.

However, reports suggest at least five girls died during their kidnapping, and that a Christian girl remains captive.

One of the freed girls, in a phone conversation with a relative, said the five had been crushed to death as they were herded into vehicles and driven away.

The girl said they were taken into the bush, to an “enclosed place”. When asked whether they were well fed, she said they had to cook their own food.

The government did not make any mention of deaths.

The father of one girl said she was being kept by the militants – thought to be from the Boko Haram group – because she refused to convert from Christianity to Islam. In a radio interview he said he was happy that she had not renounced her faith.

The BBC’s Tomi Oladipo says the government is likely to have given something in return for the girls’ release.

But Nigeria’s Minister of Information and Culture, Alhaji Lai Mohammed, told Reuters that “no ransom was paid”.

In Dapchi there was jubilation and shock at the unexpected arrival of the girls.

One of the girls’ parents, Kundili Bukar, told the BBC the militants drove into the town in a motorcade in the early hours of Wednesday morning and surrendered the girls to the community.

The militants are said to have left immediately. However, another parent told the BBC the extremists left them with a warning not to send their daughters back to school, threatening to return and kidnap them once more – only this time, there would be no chance of release.

The girls, who are described as being hungry and looking tired by parents, have been taken to hospital.

Analysis: This changes nothing

Tomi Oladipo, the BBC’s Africa security correspondent, explains why an IS-backed faction of Boko Haram, suspected to be behind the Dapchi girls abduction, is using a different playbook.

The return of more than 70 Dapchi schoolgirls indicates that a Boko Haram faction, led by Abu Musab al-Barnawi, is taking a different approach to kidnappings.

Negotiations for the Chibok girls’ release proved difficult under Boko Haram’s leader Abubakar Shekau. More than 100 of them still remain in captivity.

But despite reports, Wednesday’s release did not come free. Boko Haram definitely got something in return for waltzing back into Dapchi and dropping off the girls.

The problem going forward is that this will encourage the IS-linked militants to hit jackpot once again by raiding another community and abducting another set of people.

The Nigerian government might feel like it has averted the kind of global disrepute that plagued the administration of the former president, Goodluck Jonathan, following its poor response to the kidnapping of the Chibok girls.

But this is only a minor PR victory for President Muhammadu Buhari’s administration. Boko Haram and its various factions suffered no losses on Wednesday and they will remain a scourge in Nigeria.

The girls were taken from their school on the evening of Monday, 19 February, by a group of militants who had attacked the town of Dapchi.

Originally, it was claimed many of the girls had escaped and no-one had been kidnapped. But a week later, authorities admitted they were taken by the Islamist militants.

Nigeria’s President Muhammadu Buhari came under increasing pressure to secure the girls’ release, especially as the kidnapping raised uncomfortable parallels with the abduction of the Chibok girls, who were taken from their school in neighbouring Borno state in April 2014.

More than 100 of the 276 kidnapped Chibok schoolgirls remain in captivity.

UK bans ALL visitors from Denmark over mink mutant-coronavirus scare