Play video content TMZ.com The NTSB revealed the helicopter was not equipped with a terrain avoidance and warning system (TAWS),… 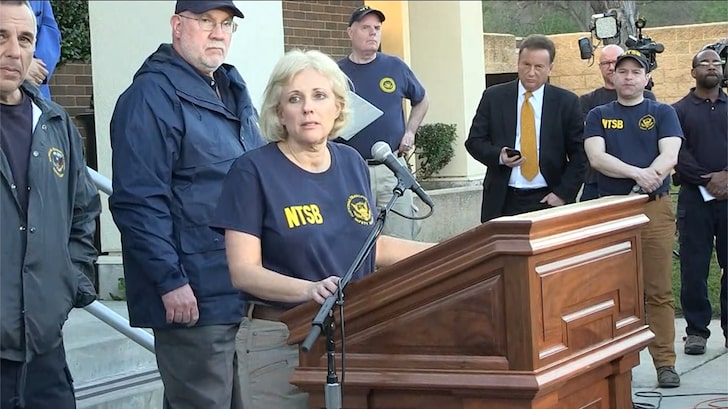 The NTSB revealed the helicopter was not equipped with a terrain avoidance and warning system (TAWS), nor was it outfitted with a flight data recorder (FDR) or cockpit voice recorder (CVR).

The NTSB says it previously made 2 safety recommendations to the FAA … require all helicopters carrying 6 passengers or more to have TAWS and for all rotor craft to be equipped with a FDR and CVR … but the FAA did not take either recommendation. The agency says those instruments would’ve helped in this instance.

And, get this … the NTSB says the helicopter’s “high energy impact crash” was about 20 to 30 feet below the top of the hillside.

3:38 PM PT — NTSB officials and the L.A. County Sheriff’s Dept. will conduct a press conference at 4 PM PT … and TMZ will be streaming live.

11:48 AM PT — The L.A. Country Coroner’s Office says the bodies of all 9 people on board the helicopter have been recovered from the crash site.

Officials say, “Investigators are actively working on identifying the decedents. Additionally, body examinations are in progress.”

A team of NTSB investigators is painstakingly sifting through the huge debris field where Kobe Bryant‘s helicopter crashed, and this video shows how difficult the job will be.

The agency released this drone footage over the Calabasas hillside. You can see investigators rummaging through scattered parts of the Sikorsky S-76. Most of the aircraft is in tiny pieces … although one large chunk of the tail section is almost intact. 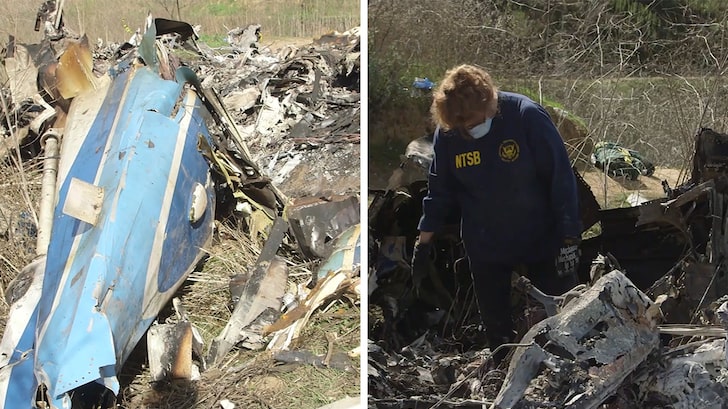 In the video, you can see investigators picking up individual pieces of the motor — and law enforcement sources tell us all of the parts will be shipped to Arizona. The NTSB will reassemble the aircraft there.

As we reported, L.A. County Sheriff’s deputies are patrolling the area to protect it from looters.