“We would like to hope that some people in America actually read this report, because sometimes there is an impression that these reports are not released for people to read them. And if there are such curious investigators who would study the actual text, they would be surprised and start asking questions on where all this hysteria comes from and what are the reasons behind it,” Russian President Vladimir Putin’s press secretary, Dmitry Peskov, was quoted as saying by TASS during the Saturday press briefing. 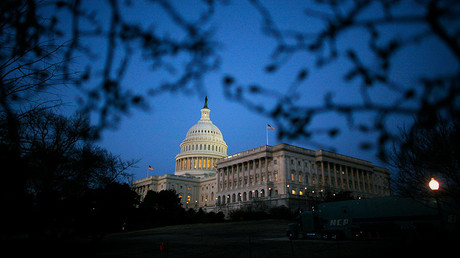 On Friday, the US House Intelligence Committee released a redacted declassified version of its report on alleged Russian interference in the 2016 presidential election, which officially clears President Trump of any collusion.

“While the Committee found no evidence that the Trump campaign colluded, coordinated, or conspired with the Russian government, the investigation did find poor judgment and ill-considered actions by the Trump and Clinton campaigns,” the report states.

The House Intelligence Committee announced the end of its work on the report on March 12, and was ready to release it, but the document was then studied by the FBI and CIA for about a month, which resulted in heavy redactions.

One of the key authors of the document, Representative Mike Conaway, said that he was “extremely disappointed” by this overzealous censorship, adding that he and his team would challenge the unnecessary redactions in hopes of releasing more of the report in the coming months.