In a ward of Gohardasht Prison, a sprawling detention facility in a western suburb of Tehran, a few inmates gathered… 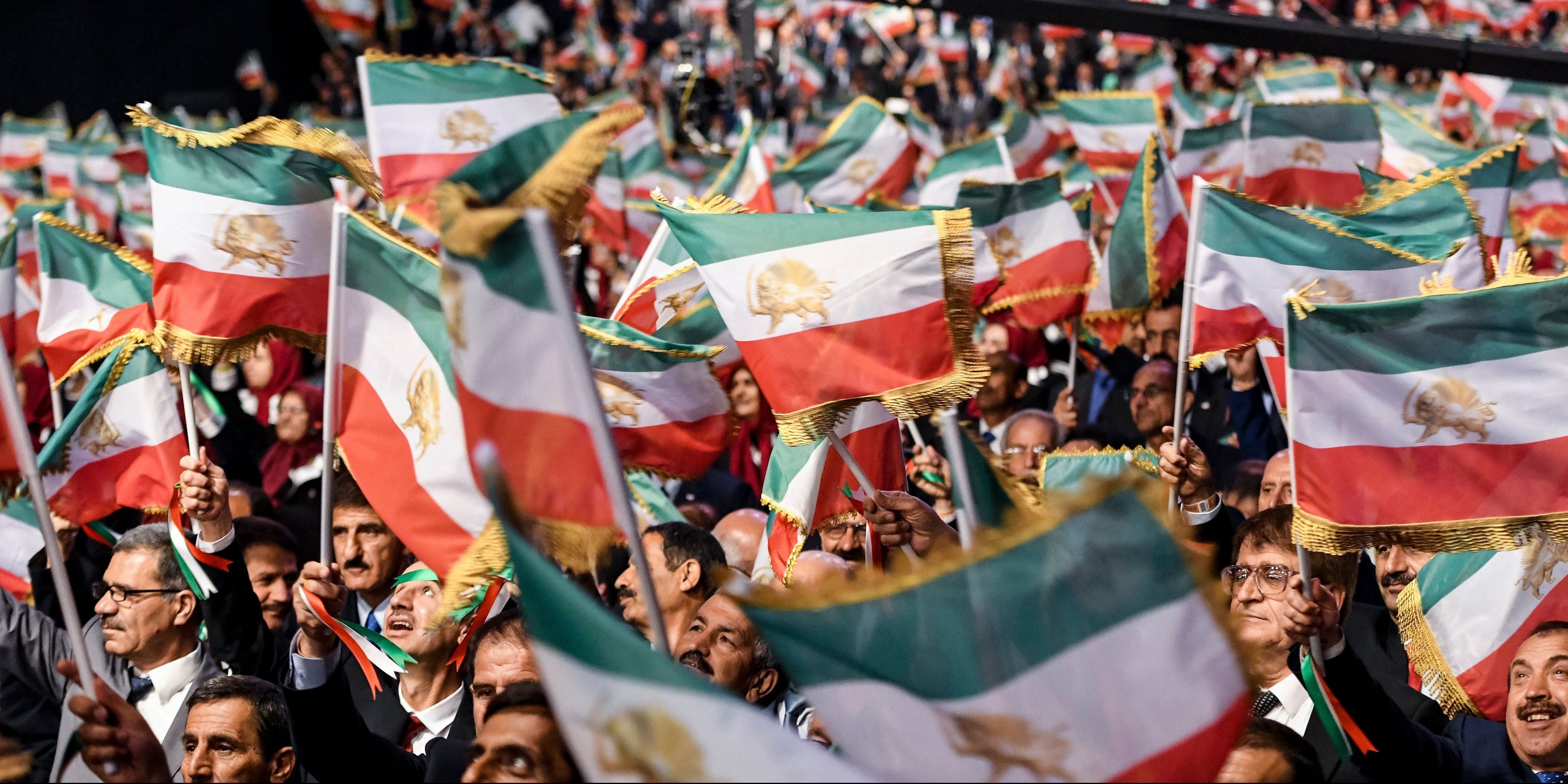 In a ward of Gohardasht Prison, a sprawling detention facility in a western suburb of Tehran, a few inmates gathered one night in late 2014 to remember a fallen comrade.

Ali Saremi, a supporter of the Mojahedin-e Khalq, or MEK, had been executed four years earlier at another Iranian prison for his allegiance to the militant dissident group, which is considered a terrorist organization in Iran. But in death, at least to supporters of the MEK, Saremi had become a martyr.

The group of MEK prisoners had gathered on Saremi’s death anniversary for a moment of silence in his honor. They read poetry, shared personal memories, and vowed to continue their struggle. But the Iranian regime was most irritated by another aspect of the commemoration: videos and photos of the gathering, recorded on the prisoners’ cellphones, soon began spreading online, reaching far beyond Gohardasht’s walls. Saremi’s execution had turned into a propaganda coup for a group whose sole mission is to undermine the Islamic Republic.

The gathering is described in a secret Iranian intelligence report leaked to The Intercept. The document is part of a trove of cables that provides a glimpse into the Iranian government’s clandestine efforts to spy on and combat the MEK. The war between the Iranian government and the banned opposition group continues. In 2018, the French government said it foiled a bomb attack orchestrated by Iran’s Ministry of Intelligence and Security, the MOIS, targeting an MEK convention in Paris.

The documents, written mostly by MOIS officers serving in the field in Iraq, reveal a deep hatred of the exiled group, which functions largely as an anti-Iranian government propaganda organization, as well as a sober assessment of MEK activities around the world. The spy cables, which date from 2013 to 2015, suggest that a once potent paramilitary group with thousands of soldiers has been reduced to little more than an anti-Iran lobbying organization and fount of online vitriol against Iran’s mullahs. While the documents do not offer a full accounting of Tehran’s concerns about the MEK, they show a meticulous focus on the small band of exiled Iranians, most of whom now live on a secluded base in Albania.

The MEK’s ongoing campaign against Iran’s government has been a source of concern for the intelligence ministry. In its secret reports, the ministry bitterly refers to the MEK as monafagheen, an Islamic term meaning “hypocrites.” While the MEK has little popular support among Iranians, the MOIS considers the group — and its ties with foreign powers — a threat to Iran’s national security.

The intelligence ministry has continued to conduct broad surveillance on the MEK around the world, monitoring its attempts to build ties with Western governments, organize its members in exile, spread propaganda, and even recruit supporters inside Iran. A lengthy 2015 MOIS report about the MEK, which bills itself as “giving a clear picture of this group’s evil activities,” said that the militant organization has a “black and shameful record, which includes countless acts of treachery against the country.” The MEK “keeps trying to strike at the system with various means and so it is necessary to follow its latest activities and news about its activities,” the cable notes.

According to the cable, videos of Saremi’s prison memorial were circulating online. A MOIS officer described what had taken place: “After one minute of silence in respect, some of the convicted hypocrites talked about [Saremi] and shared some memories. Then they had a poetry reading in chorus altogether. At the end, they reaffirmed their resistance against the [Islamic Republic of Iran] and promised not to stop any effort until the time of its downfall and dismantlement.”

“The content of this news has been shared and spread on all this terrorist sect’s social networks and media platforms, which have covered and broadcast it,” the cable noted. “It is mandatory to act swiftly and gather all the mobile phones and other contraband that are available or at hand in these prison wards. This way we can block the counterrevolutionary and seditious propaganda from within the country’s prisons.”

The man on the phone identified himself simply as “Muhammedi” and said he was a reporter from Tehran. In January 2015, according to the MOIS cable, he had begun making phone calls, seemingly at random, to numbers in the northwestern Iranian province of Gilan. On the surface, Muhammedi was just hoping to gather information about the rising price of bread, meat, and produce in the region. His inquiries were part of a wave of MEK calls aimed at gathering information about the conditions of laborers and ordinary consumers in Iran, as well as reactions from ordinary people to disasters like a prison fire in December 2014.

Behind these seemingly mundane information-gathering efforts lay something darker: an ongoing propaganda war between the MEK and the Islamic Republic. Muhammedi was not a reporter, according to the cable. The MOIS had instead identified him as an MEK supporter based outside Iran, aiming to gather intelligence that would help portray a “grim situation” in the country.

“In this phone conversation, the member of the sect, in a calm and fully respectful way, talked about the increases in the price of bread and its effects on some other goods,” the MOIS report noted, adding that the MEK caller had successfully extracted the information he was seeking. “However, the recipient of the call inside [Iran] did not fully trust the caller. It is worthwhile to say that the sect member asked for the mobile phone number and occupation of the recipient. The recipient said he is self-employed and refused to give his mobile number.”

According to the cables, the MEK has also tried to win supporters in Iran by reaching out to them directly via the internet. While it is unclear how successful the MEK has been at this, the MOIS appeared to have been aggravated by such efforts, including seemingly trivial MEK attempts to recruit members in Iran and compel them to acts of solidarity. An intelligence ministry officer in the Western city of Khorramabad claimed to have seen online messages from the group trying to recruit supporters in that city and ordering them to “write slogans and graffiti on the walls and make videos of these to share.”

MEK-affiliated social media accounts periodically share videos of graffiti tags appearing to show support for its positions inside Iran. While such videos are a dubious metric for gauging public sentiment in any country, they are frequently used by partisans in the United States to argue over the political views of the Iranian people. The creation of these videos, sometimes by the MEK itself, apparently rattled the MOIS enough that the ministry issued a directive about it, referenced in the 2015 cable on the MEK, warning that the group would try to incite “acts of graffiti and slogans on the walls and make videos to broadcast on their so-called ‘freedom television,’” a likely reference to an MEK-run satellite television channel known as Voice of Freedom.

For years, the MEK held an annual conference near Paris, where many of its senior leaders live, as well as at its new headquarters in Albania. These conferences have been attended by high-profile, right-wing American political figures like President Donald Trump’s personal attorney Rudy Giuliani and former Trump national security adviser John Bolton. The group has also received support from Democratic politicians like former presidential candidate Howard Dean and California Rep. Brad Sherman, as well as from a network of current and retired political figures from the European Union and Canada.

The MOIS has viewed these events as part of a campaign to isolate the Iranian government internationally, according to the cables. A number of MOIS reports note with irritation that the MEK had held conferences in Albania and the Kurdish region of Iraq. The MEK was also planning to soon hold a major event in Germany, where MOIS believed the group enjoyed the support of a former German parliamentarian named Otto Bernhardt. In Berlin, according to the lengthy 2015 cable, the MEK was planning to organize an event about human rights in Iran aimed at defaming the Islamic Republic while offering side trips and entertainment “as an incentive for attending this conference.”

“The hypocrite group, by managing to have different conferences and conventions, tries to network with elites and officials of other countries so they can get on with their inauspicious agenda, like disrupting the political and diplomatic ties of the Islamic Republic with other countries,” the MOIS report states. “It is mandatory to strengthen propaganda activities and enlighten people about this terrorist sect. Especially at the parliamentary and political levels, there should be obstacles to block the hypocrites from reaching their goals.”

But the Iranian government’s attempts to rein in the MEK’s public relations and lobbying activities have fallen short. The group continues to boast strong access to parliaments around the world, whether through advocacy work or simply by paying for access. They appear to enjoy continued support among Trump administration figures as well. In a recent interview following the assassination of Iranian Gen. Qassim Suleimani in January, Giuliani bragged about his close ties to the MEK.

Suleimani was “directly responsible for killing some of my MEK people,” Giuliani said. “We don’t like him very much.”

Corporate Democrats: The ‘Values’ and ‘Vision’ of an Inauthentic Opposition