Nineteenth century historian Thomas Carlyle called economics “the dismal science” because of its predictions about scarcity and poverty. Those are… 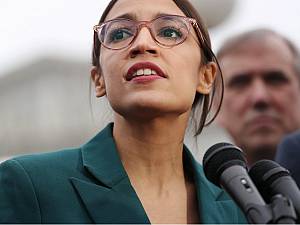 In other words, even though the laws of economics are as unchangeable as the laws of physics, the laws of politics remain unchanged, too. Elected officials will always promise more free stuff for the populace that is affordable once, they say, the rich pay their “fair share.” They claim the increased tax rates and new spending will not have any ill effect on the economy, either. These old ideas are making a big comeback as the Democratic Party’s progressive wing expands its influence in Washington, D.C. Free-market folks need to start pushing back.

Ideas like the ones pushed by Rep. Alexandria Ocasio-Cortez (D-N.Y.), who recently told a reporter: “I do think a system that allows billionaires to exist when there are parts of Alabama where people are still getting ringworm because they don’t have access to public health is wrong.”

We actually are discussing whether the government should allow the existence of billionaires. Here is an economic conundrum. The progressive experiment depends on wealthy people’s continued economic success. California, which smugly touts itself as the national resistance to the Trump administration, is particularly dependent on tax revenues from billionaires and capital gains taxes. Earth to Ocasio-Cortez and others who share her views: Those universal healthcare proposals that California Democrats are cooking up could not move forward if not for the large share of wealthy people existing in the Golden State, writes Steven Greenhut.