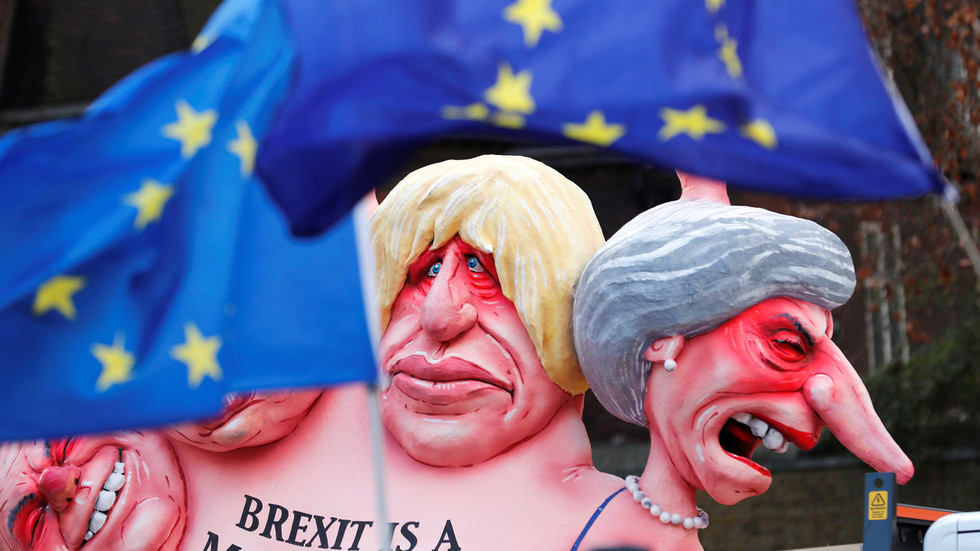 Boris Johnson has provoked ridicule after urging PM Theresa May to summon up the spirit of Moses in Exodus and tell the Pharaoh in Brussels to “let my people go.” But did he think of what his metaphor actually entails for the UK?

Writing in the Telegraph, the gaffe-prone former foreign secretary hit out at the UK government, claiming the reason the country will not be leaving the EU this Friday, as planned, is because they have “chickened out.” He then called on May to make one last plea to Brussels to set the UK free from their hold.

It is time for the PM to channel the spirit of Moses in Exodus, and say to Pharaoh in Brussels – let my people go.

Many on social media have pointed out that there is one serious problem with Johnson’s biblical metaphor.

It is true to say that Moses did indeed call on the Egyptian Pharaoh to “let my people go” to find the Promised Land. However, what followed for Moses’ Israelites, was 40 years of wandering in the wilderness.

I don't think Boris has really read Exodus. Moses murdered an Egyptian, got short shrift from Pharaoh, spent forty years in the wilderness during which some of his people bowed down before the golden calf and had to he given new commandments.

Oh dear! Someone should probably tell Boris Johnson that Moses was practically the inventor of Free Movement. If he was around today he'd have probably parted the English Channel to make movement even freer.
Also, Boris, he was the actual guy who wrote down: Thou shalt not lie. pic.twitter.com/sa0TEZl1GJ

Johnson’s angry attack came after May held a Brexit crisis meeting of Tory ministers and MPs at Chequers, the Prime Minister’s country house residence, which included the former London Mayor.

As rebellious MPs pile pressure on Theresa May to resign, she has reportedly promised chief Brexiteers to step down if they back her troubled divorce plan, according to ITV’s political editor.

May has offered to swap her political career for the prospect of the Brexit deal being approved by Parliament, according to ITV political editor Robert Peston.

Also on rt.com May tells Brexiteers she’ll quit if they vote for her Brexit deal – ITV