The LGBTU, the union for Lesbian, Gay, Bisexual, Transgender people, has said that it will organize industrial action if employers… 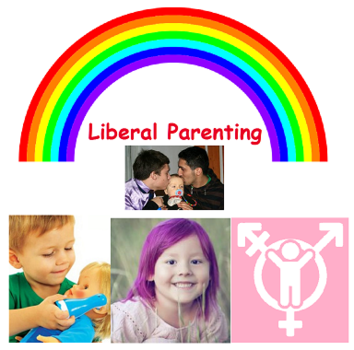 The LGBTU, the union for Lesbian, Gay, Bisexual, Transgender people, has said that it will organize industrial action if employers from non-LGBTQI backgrounds don't do exactly as the LGBTU commands.

And they're not messing about! The LGBTU says it has just about had enough of inequality in the workplace, and it's putting its foot down, so you've been warned! Recognising sexuality and gender issues is a start, but their members aren't finished yet – no, sir, not by a long chalk!

LGBT-types have said that, although inroads have been made at work, they are not going to stop until they've got everything they are demanding – whatever it is, and whether or not they really want it!

They say that, knowing they are currently in a powerful position to enact further changes in their favor, they want everything they can possibly get – before the world wakes up and comes to its senses.

One of the issues on the LGBT agenda is thought to be special LGBTQI toilets where any of the weird and wonderful permutations of LGBTness can go to have a dump, or whatever.

Another is 'uniform', as those of an LGBTQI persuasion don't always feel like being tied down to one particular style of dress when they wake up in a morning, often preferring a feathered pink boa, or a see-through plastic raincoat with nothing underneath, apart from some skimpy black knickers, like Zhora in 'Blade Runner'.

A spokesperson for the LGBTU said:

"We're pushing things to 'way beyond reasonable limits', and we aren't going to stop.Why should we? There's NOTHING we don't seem to be able to get away with! The whole world is bathing in LGBT- and LGBTQI-apathy at the moment! No-one can stop us! Everyone just rolls over, and gives us anything we want, no matter how ridiculous! My advice to everyone is to get weird, join the LGBTQI circus, and become a member of the LGBTU today!"