There was astonishment on a fairly grand scale in East Yorkshire this afternoon, as League One newboys Hull City announced… 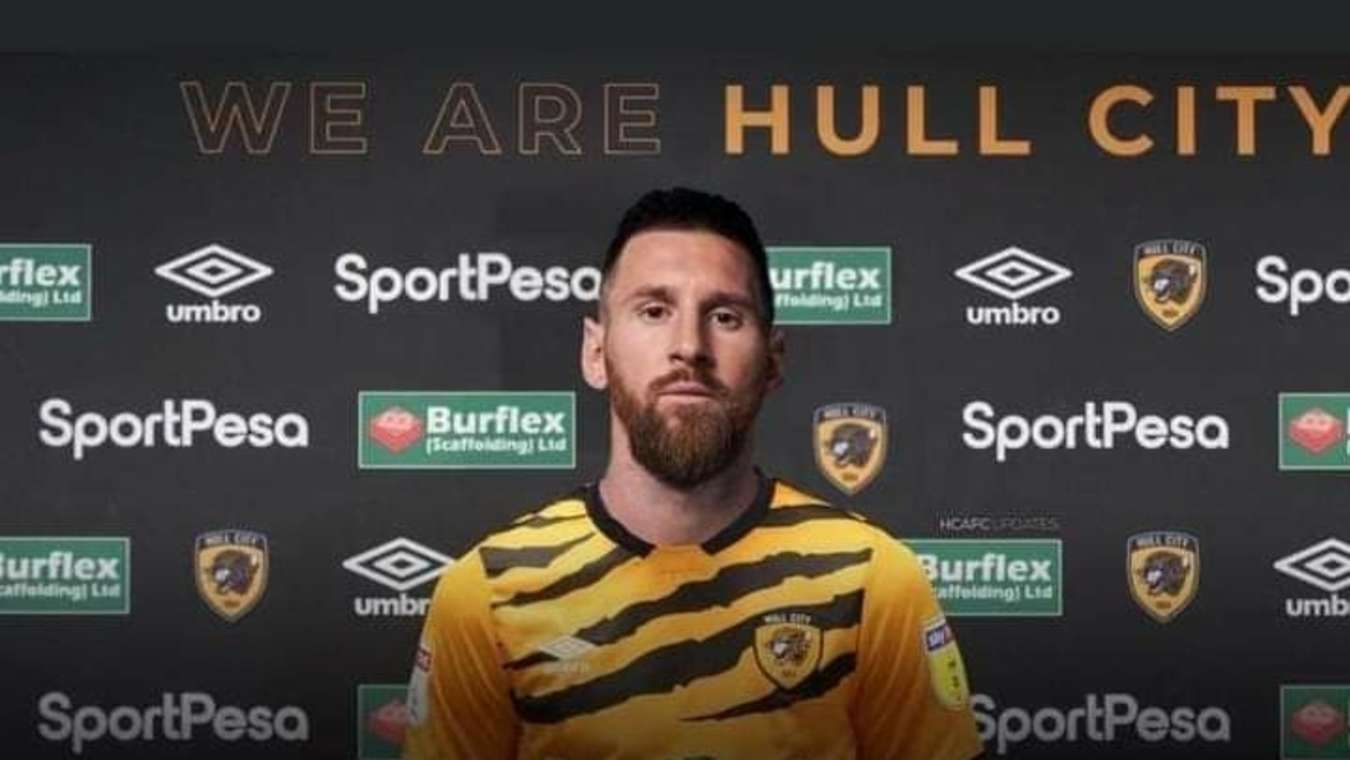 There was astonishment on a fairly grand scale in East Yorkshire this afternoon, as League One newboys Hull City announced that they had swooped to land the signature of Barcelona’s wantaway Argentinian star, Lionel Messi.

The Tigers were relegated on the final day of last season, and several of the team’s players have said that they would rather give up playing football altogether, than have to turn out for Grant McCann’s team ever again.

Two players have disappeared from their lodgings, and another is thought to have ‘gone abroad’.

At lunchtime today, however, an impromptu press conference was quickly organised, and, amidst genuine gasps of disbelief, the 33-year-old bearded Messi was unveiled, as large as life, wearing a Hull City shirt.

He made no comment, as, although he speaks good English, he couldn’t understand a word spoken by the locals.

City owner Ehab Allam, a figure who is universally hated amongst the Hull City faithful, laughed:

“Everybody tells me the club is in a right old mess, so I thought I’d get this Lionel Messi lookalike in for the afternoon for a laugh. From ‘mess’ to ‘Messi’ – can you see what I did there? Imagine their reaction when they find out!”