Greek MPs have voted narrowly to back a historic agreement with Macedonia, bringing to an end a 27-year dispute over… 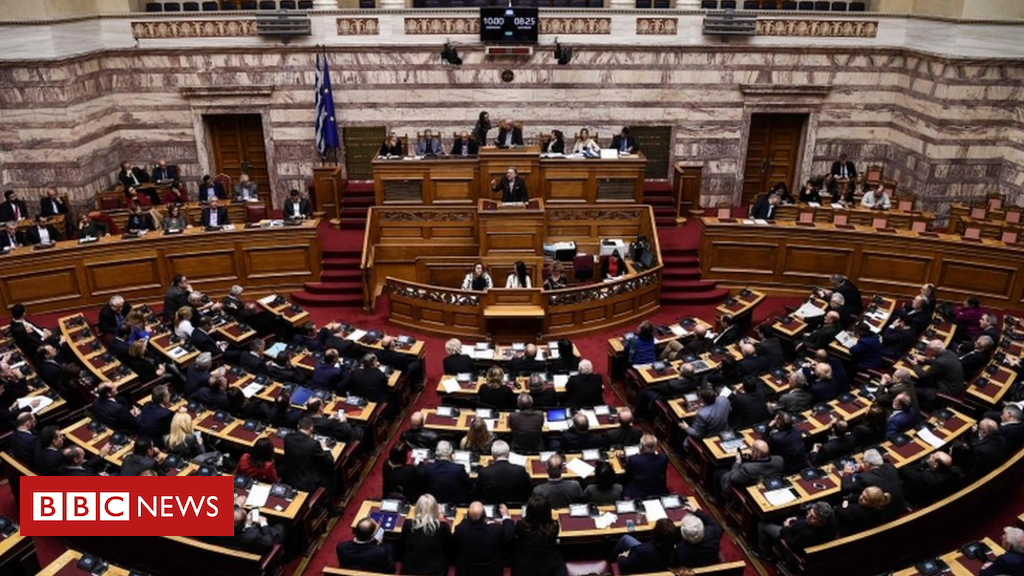 Greek MPs have voted narrowly to back a historic agreement with Macedonia, bringing to an end a 27-year dispute over its northern neighbour’s name.

The parliament in Athens agreed by 153 votes to 146 to approve the name Republic of North Macedonia, despite widespread opposition from the public.

Greeks have rejected Macedonia’s name since its independence in 1991, as they have a region of the same name.

Opposition to the deal is strongest in the northern Greek region of Macedonia, but polls suggest more than 60% of Greeks dislike it.

Greek Prime Minister Alexis Tsipras, who brokered the deal, told MPs before the vote that it would be a “historic step” which would end “30 years of hypocrisy”.

He said his country’s neighbours would become a friend and ally with the agreement.

A small group of protesters demonstrated outside as the vote took place.

The debate in the chamber lasted more than 38 hours, and more than 200 MPs spoke during it.

Members of the far-right Golden Dawn party shouted “Traitors!” at points during the vote.

What is the name change?

The Prespa agreement to resolve the long-running dispute was signed by the two countries’ prime ministers last June.

Macedonia has already ratified the agreement.

The next step will be for Greece to inform its neighbour and then for Macedonia to tell the United Nations.

Friday’s vote clears the way for the former Yugoslav republic’s accession to Nato, and Nato ambassadors will convene in the coming days to sign the a protocol.

The deal only becomes final once the Nato accession protocol is ratified in Athens.

During Friday’s debate, one MP from the ruling left-wing Syriza party, Eleni Stamatakis, said it was a “historic day for our country, but also the Balkans”.