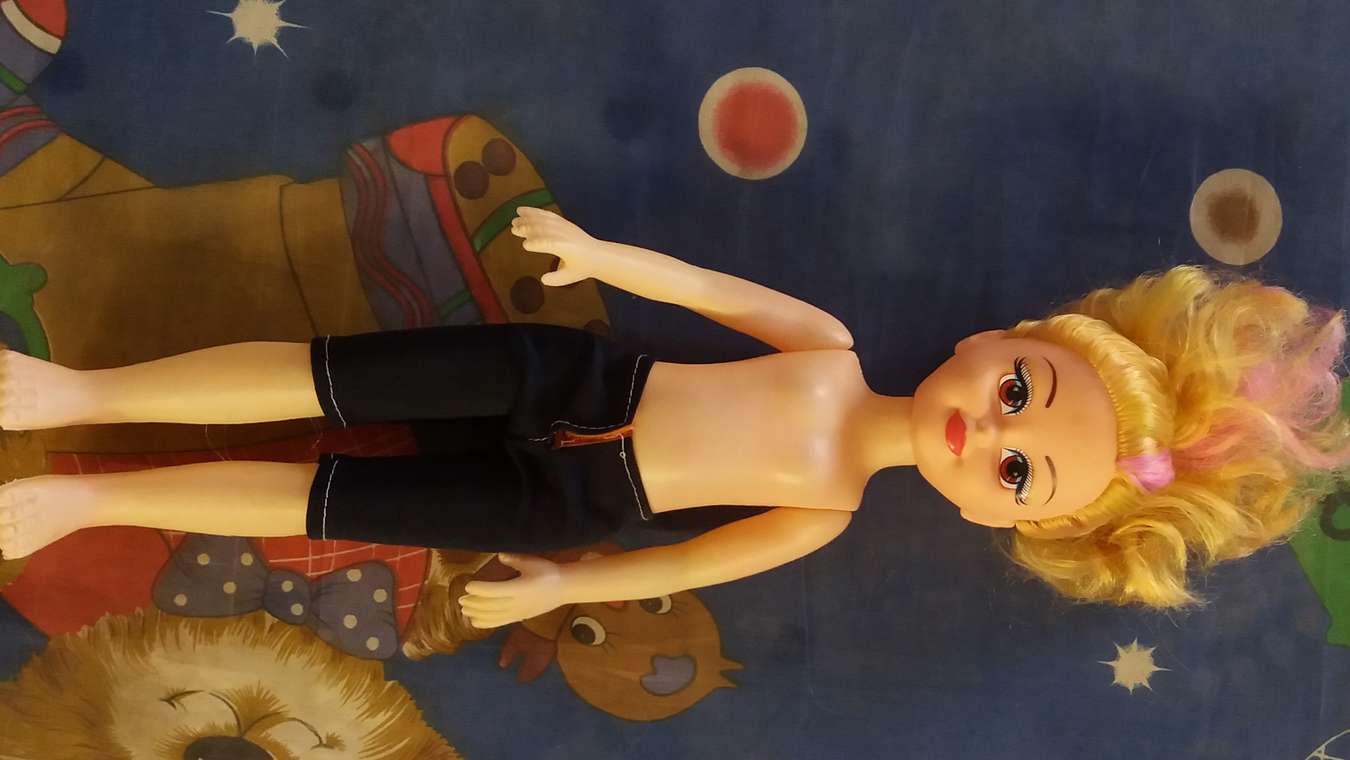 A child’s doll whose leg came off several weeks ago has at last been repaired by the father of its owner, it has been reported.

The doll, Malina, which can be seen in the graphic above, is the property of young Delma Kenwood, aged 5, who, in temper over not being allowed to buy an ice cream, threw Malima to the floor, detaching the leg at the top of the femur.

Delma’s father, Moys Kenwood, 57, has been trying, ever since then, to re-insert the leg into the thigh socket, but without success – until this morning, that is!

Seeing one-legged Malina on the floor, he picked her up and inserted the leg into its socket, then carefully twisted it whilst exerting a modicum of pressure. Amazingly, it grasped the groove inside, and slid into position!

Kenwood was triumphant. He stood Malina on the floor, and, in a little girl’s dolly voice, said:

“Oh! Thank you for putting my leg back on, Daddy! You’re so clever! Now, I can walk again! Hooray!”

He then dressed her in her black shorts to protect her dignity.

“Well, she’ll have to tread carefully for a while, but she looks OK for now.”

Can You Stand the Heat??? Hot Pretzel Yoga Not for the Faint of Heart!|Humor