A man who, for as long as he can remember, has been shy when in the company of people he… 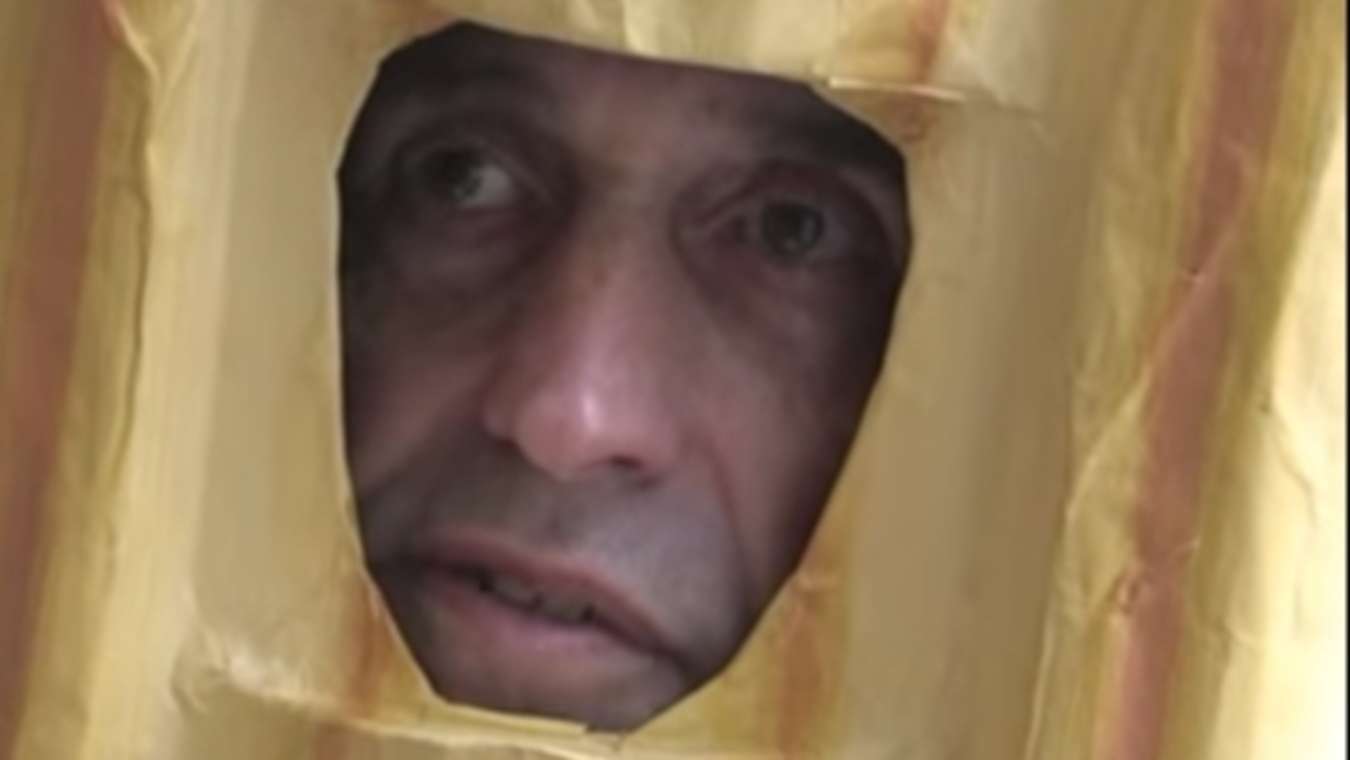 A man who, for as long as he can remember, has been shy when in the company of people he doesn’t know, has suddenly unearthed a rich seam of confidence, by walking around with a cardboard box on his head.

The man, Eric Stibbles, from Maidstone in Kent, is 48 years old, has never had a girlfriend, and has only a handful of friends. His school years were mainly spent at home, so nervous was he around his classmates.

In the world of work, he avoided other people by choosing careers that, by their nature, did not require contact with others. He’s been a milkman, a postman, and, latterly, a lighthouse-keeper.

Recently, however, Eric was watching a children’s TV show which demonstrated how to make things from cardboard boxes. One idea was ‘Robot heads’.

Stibbles adapted this idea for himself, and now has several ‘heads’ which he changes on a daily basis. He reckons he has beaten his shyness.

“I used to be a wobbling jelly in other people’s company, but this has changed my life. I’m now able to get on the bus and talk to people, and sometimes even speak to folks in the street. They’re very good listeners!”

This may, of course, because the listeners would quite like him to go away.

No, says he; they’re just fascinated by his ‘heads’.

“I have seven heads, one for each day. I take a box, and cut holes for my eyes, nose, mouth and ears, then colour it in with bright shades. I’ve got a special ‘full-face’ version for when I’m feeling ultra-confident. On those occasions, I’m really throwing caution into the wind!”

* Warning: Anyone planning to follow Eric’s example would be best advised that the cardboard box heads are not a good idea in rainy weather, or windy weather, unless a chinstrap is added.