A stabbing outside the Home Office in London has left one person with facial injuries. The victim was initially said… 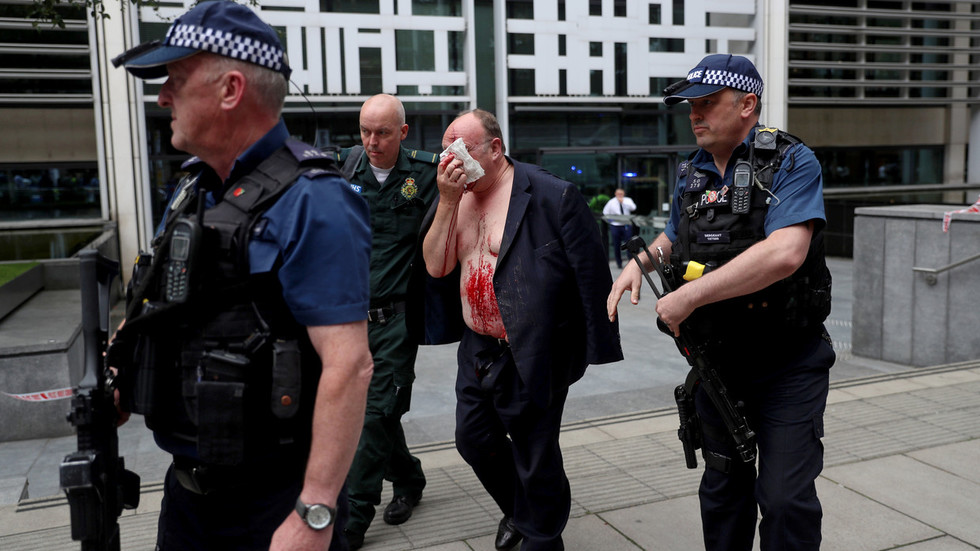 A stabbing outside the Home Office in London has left one person with facial injuries. The victim was initially said to be in a life-threatening condition. One man has been arrested.

Police were called to Marsham Street in the English capital, with officers responding to a report of a stabbing near Home Office headquarters. First responders found a man with knife wounds, the Met Police said.

Ambulances rushed to the scene to treat the victim whose injuries were initially described as “life-threatening.” Medics said later that the condition of the man had improved.

Police said that one man was arrested and taken to a nearby station “on suspicion of grievous bodily harm.”

A witness said he saw a “bloody tissue in the entrance hall and police everywhere.” People were ordered not to leave the building.

The stabbed man was reportedly a member of staff from the Home Office. The witnesses said he made his way back to the building after the attack.

Police said they were “keeping an open mind” as to whether or not the incident was terrorism-related.

US Election 2020: Biden ahead in Pennsylvania and Georgia

As UK braces for post-lockdown ‘crime tsunami,’ some turn to TRAINED DOGS for security