Washington: A 30-year-old man, trying to prostitute his four-year-old daughter to several clients for sex, has been sentenced to 60… 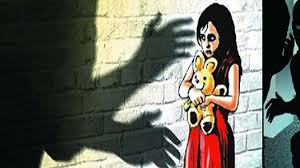 Washington: A 30-year-old man, trying to prostitute his four-year-old daughter to several clients for sex, has been sentenced to 60 years in prison on Friday.

In 2015, the Wisconsin-based Andrew James Turley,  28-year-old at the time, posted an advertisement on Craigslist titled “Play with Daddie’s Little Girl”. In the ad description, Turley mentioned his daughter is “younger than 10”.

During interaction with a client on email, he said that the child would be given sleep-inducing medication ahead of the encounter and that he’d charge $ 1,000 for two hours.

According to the Harris County district attorney’s office, Turley reportedly implied that his daughter “might be too young for intercourse but everything else was OK.”

The client, an undercover police officer, visited Turley’s apartment in November 2015, where the child lived with her mother. He was reportedly led to a bedroom, where the girl was lying unresponsive and naked under a blanket.

The child’s mother was reportedly unaware of the entire incident.

Finding him guilty of trafficking a child and compelling prostitution of a minor, Turley was sentenced to 60 years in prison (30 years on each of the two charges) by a jury in Harris County, Texas. Turley will not be eligible for parole until he’s 75.