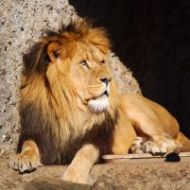 A man was stirred from his slumbers in Cambodia last night after hearing a noise which he subsequently realised was his own anus speaking to him through the medium of a fart.

Moys Kenwood, an Englishman, was fast asleep when, from the depths of his bowel, came a roar akin to something that might be heard in a zoo, perhaps from the lionhouse.

He sat bolt upright, convinced his home was under attack from a pride of lions, but this turned out to be a false alarm. Once he gathered his wits, however, he realised it was his nasal organ – and his very being – that was under attack, from an evil-smelling cloud of gas that had escaped from between his legs whilst snoozing.

“Initially, I was frightened. Then, appalled.”

Kenwood’s wife was unavailable for comment, being, as she was, still unconscious.