Manchester police let a teenage boy stay in the house of a suspected paedophile and gangster for two hours in order to “protect an undercover investigation.”

During the 2011 ‘Nixon’ operation that was carried out to monitor suspect Dominic Noonan, police officers reportedly witnessed a 13-year-old boy walking into the paedophile’s house, but were told not to take any action by their superiors, the Times has revealed. 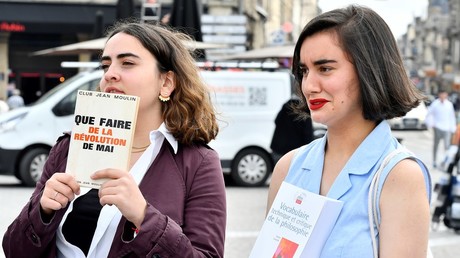 Police officers at the scene were concerned and asked senior staff how they could intervene. It was suggested that a local officer could come in under the pretext that they had received a public call. But that was not carried out.

The Independent Police Complaints Commission (IPCC) chose not to take legal action against the officer in charge, Dominic Sally, and his colleague, when the incident was first revealed to internal investigations by a whistleblower in 2014. On the contrary, Sally has since been promoted to the head of counterterrorism policing in northwest England.

One of the police officers that allowed the teenage boy to enter the criminal’s home claimed that he was later “haunted” by his decision not to intervene.

Dominic Noonan was found guilty of 13 cases of sexual assault in relation to young boys between the ages of 10 and 17.

“He used his notoriety to groom young vulnerable boys, then use them and sexually assault them until his behaviour became normalized” inspector Michael Gladwin told GMP’s Public Protection Investigation Unit earlier this month. Noonan was also previously convicted for robbery and firearm offences.

Early last year, the case was referred back to the IPCC. According to a spokeswoman for the force, a misconduct meeting was held in March last year, and the IPCC concluded that “both officers’ actions should be dealt with as a performance matter with appropriate action plans put in place.”

This is not the first time English police have come under fire for unprofessional conduct. Last year, Northumbria police paid a convicted child rapist £10,000 (US$ 13,200) to act as an undercover informant in their child sex abuse investigation. Back then, the IPCC concluded that there was no evidence of misconduct in relation to the case.