Writing under the title of “If the El Paso shooter had been Muslim”, Moustafa Bayoumi stated the obvious.  “If the…

Writing under the title of “If the El Paso shooter had been Muslim”, Moustafa Bayoumi stated the obvious.

“If the El Paso shooter had been a Muslim,” Bayoumi wrote in the British Guardian newspaper on August 6, US President Donald Trump “would be lobbing accusations such as ‘Islam hates us’ in the direction of Muslims and not lecturing the public about video games.”

Bayoumi was referring to the double standards that define much of western official and media discourses regarding violence. When the alleged perpetrator of violence is a Muslim, then the case becomes a matter of national security and is categorically dealt with as an act of terrorism. When the perpetrator is a white male, however, it is a whole different story. 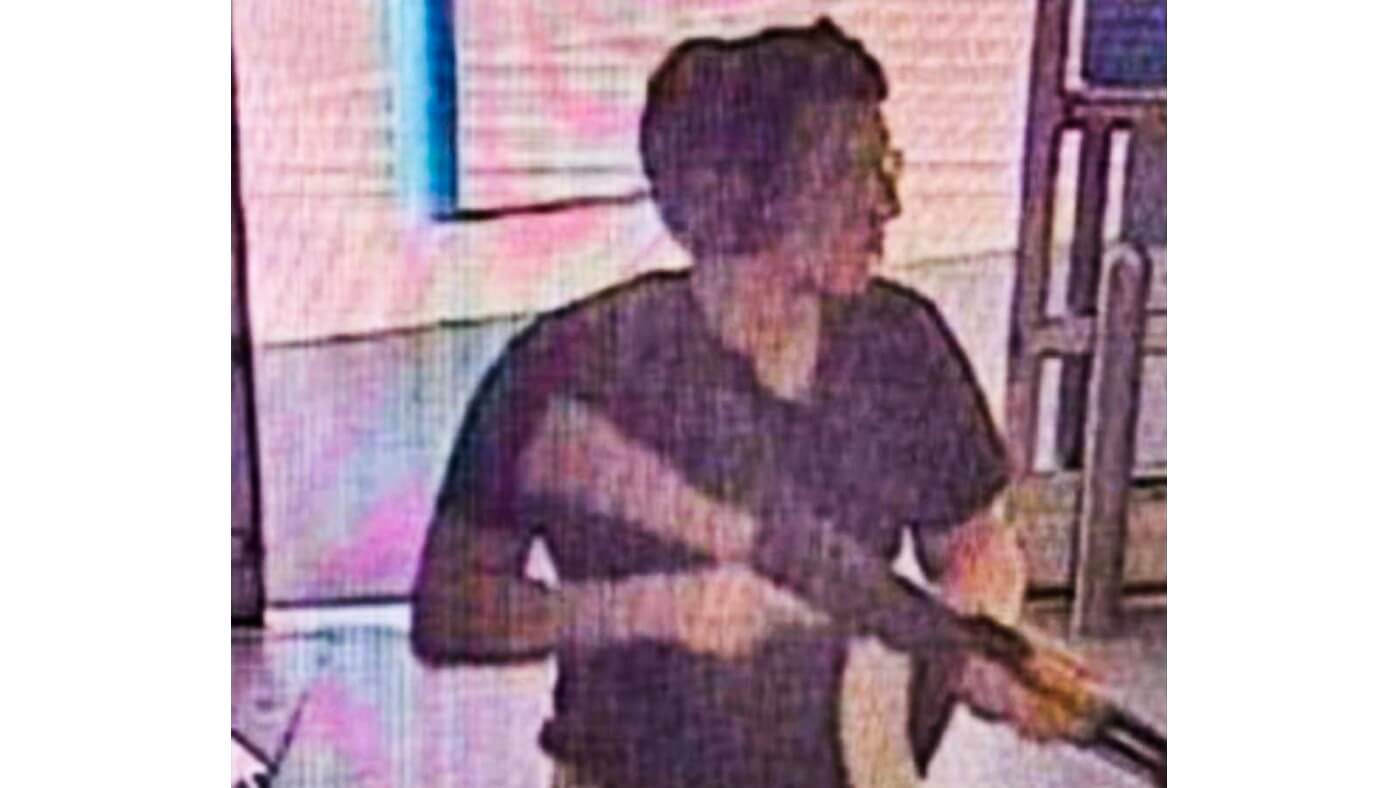 Neither US authorities nor media used the term “terrorism” in describing the heinous act. Instead, the Justice Department is “seriously considering” bringing federal hate crime charges against the killer, CNN reported.

On the other hand, Trump reasoned that “mental illness and hatred pull the trigger, not the gun,” in another attempt at whitewashing violent crimes by white individuals.

The “mental illness” explanation, in particular, has served as the convenient rationale for all similar violence.

Compare this to Trump’s response to the killing of 14 people in San Bernardino, California, which was blamed on two Muslims. Trump immediately assigned the word “terrorism” to the violent act, while calling for a “total and complete shutdown” of the entry of Muslims to the United States, “until our country’s representatives can figure out what the hell is going on”.

But we do, in fact, know “what is going on”, a truth that goes beyond the typical western double standards. Crusius, Tarrant and many such white terrorists are connected through a deep bond that exceeds the supposed claim of mental illness into something truly sinister.

These individuals are all part of a larger phenomenon, an amalgamation of various ultra-nationalist governments, political movements and groups all around the world, all united by their hate for immigrants, refugees and Muslims.

Crusius and Tarrant were not “lone wolf” terrorists, as some would want us to believe. Even if they were single-handedly responsible for the mass murder of those innocent people, they are members of a large, ideological, militant network that is dedicated to spreading hate and racism, one which sees immigrants – especially Muslims, as “invaders”.

In his “manifesto”, a 74-page document that he posted online shortly before he carried out his heinous act, Tarrant references the far-right, the racist ideologues who inspired him, along with fellow “ethno-soldiers” – like-minded murderers who committed equally horrific acts against civilians.

It was not by accident that Tarrant named his document the “Great Replacement”, as it was framed after a similarly named conspiracy theory made popular by a strong Israel supporter, Renaud Camus.

Camus is an infamous French writer whose “Le Grand Remplacement”, an even more extreme interpretation of Francis Fukuyama’s Clash of Civilizations, envisages a global conflict that sees Muslims as the new enemy.

The Great Replacement, along with other such literature widely popular among the far right, represents the ideological foundation for the, until recently, disorganized and disconnected efforts by various ultra-nationalist movements around the world, all united in their desire to address the “Muslim invasion”.

The common thread between violent white males who commit mass killings is obvious: a deep indoctrination of racism, anti-immigrant sentiment and hate for Muslims. Like Tarrant, Crusius also left his own manifesto, one that is, according to CNN, “filled with white nationalist and racist hatred toward immigrants and Hispanics, blaming immigrants and first-generation Americans for taking away jobs and the blending of cultures in the US”.

Moreover, both seemed to subscribe to the same intellectual discourse, as they had posted links to a 16,000-word document on Twitter and 8chan that was “filled with anti-immigrant and anti-Muslim sentiments”.

“The writer of the document linked to the El Paso suspect expressed support for the shootings of two mosques in Christchurch,” CNN also reported.

White militants are gripped by the groundless fear that they are being “replaced”. “Great Replacement” promoters argue that Islam and the Islamic civilization are “ethnically replacing” other races, and that such a supposed phenomenon must be stopped, using violent means if necessary. Unsurprisingly, they see Israel as a model country that is succeeding in fighting against the “Muslim menace”. 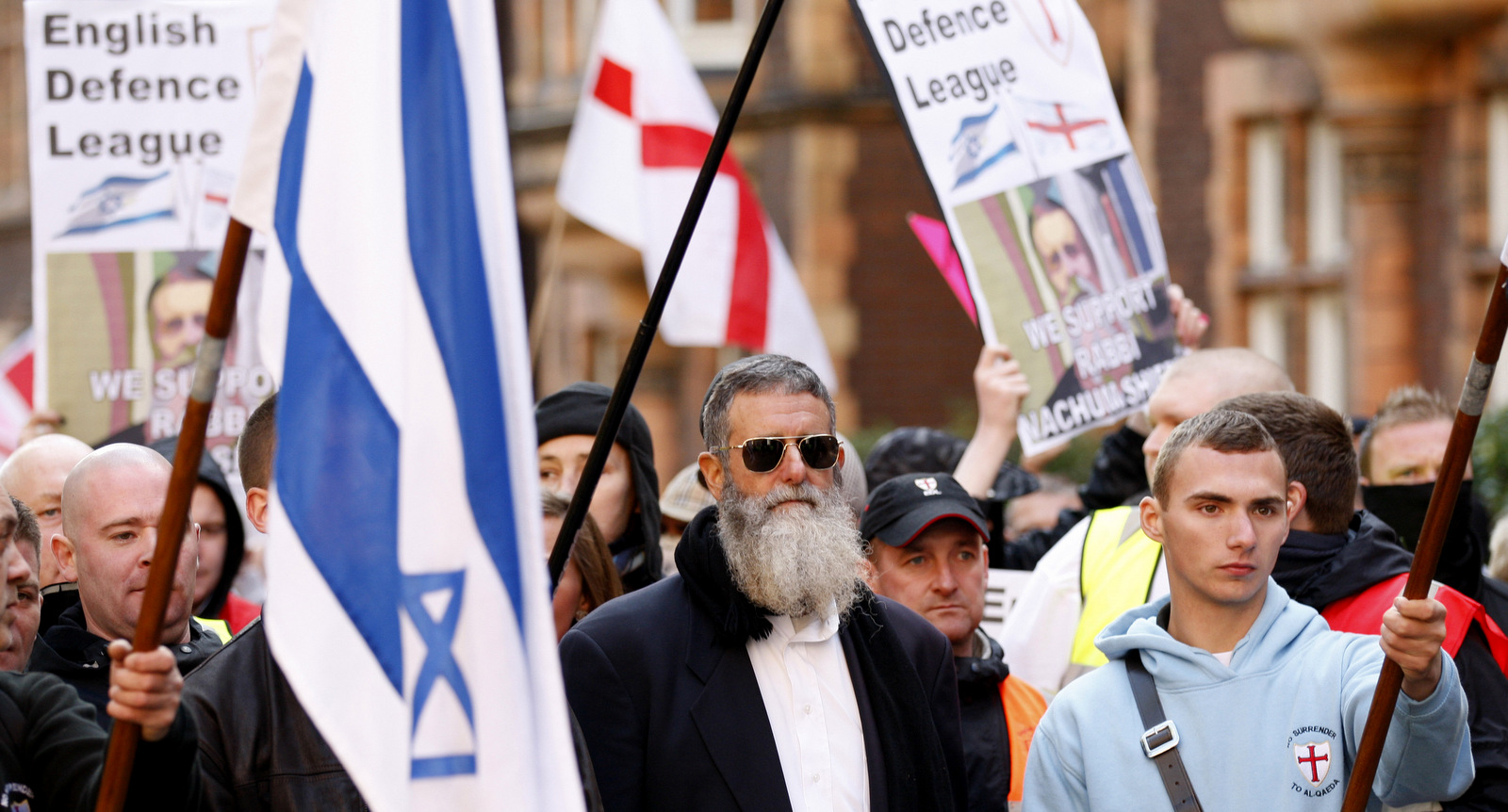 Rabbi Nachum Shifren, center, marches with white nationalist English Defence League (EDL) supporters to an EDL rally against what they claim is the Islamification of the UK and in support of Israel, outside the Israeli Embassy in London. Sang Tan | AP

What makes violent white supremacists even more dangerous is the fact that they now have friends in high places. Trump’s refusal to address the issue of white nationalist militancy in a serious way is no accident. But the American president is not alone. The rising star of Italian politics, Matteo Salvini, for example, has a great deal of sympathy for such movements. Following the Christchurch massacre, the Italian defense minister refused to condemn white extremists. Instead, he said: “The only extremism which should be carefully addressed is the Islamic one.”

The list of far-right ideologues and their benefactors is long and constantly expanding. But their hate-filled speech and disturbing “theories”, along with their fascination with Israeli violence and racism, would have been assigned to the bins of history if it were not for the high price of violence that is now associated with this movement.

Our understanding of white nationalist violence should move beyond the double-standard argument into a more wholesome analysis of the ideological links that tie these individuals and groups together. In the final analysis, no form of violence targeting innocent people should be justified or tolerated, regardless of the skin color, religion or identity of the perpetrators.

Ramzy Baroud is a journalist, author and editor of Palestine Chronicle. His last book is ‘The Last Earth: A Palestinian Story’ (Pluto Press, London). Baroud has a Ph.D. in Palestine Studies from the University of Exeter and was a Non-Resident Scholar at Orfalea Center for Global and International Studies, University of California Santa Barbara. His website is www.ramzybaroud.net.

The Trump Administration Is Using the Full Power of the U.S. Surveillance State Against Whistleblowers