Theresa May confirmed on Sunday that a parliament vote on her Brexit deal will “definitely” go ahead this week, after… 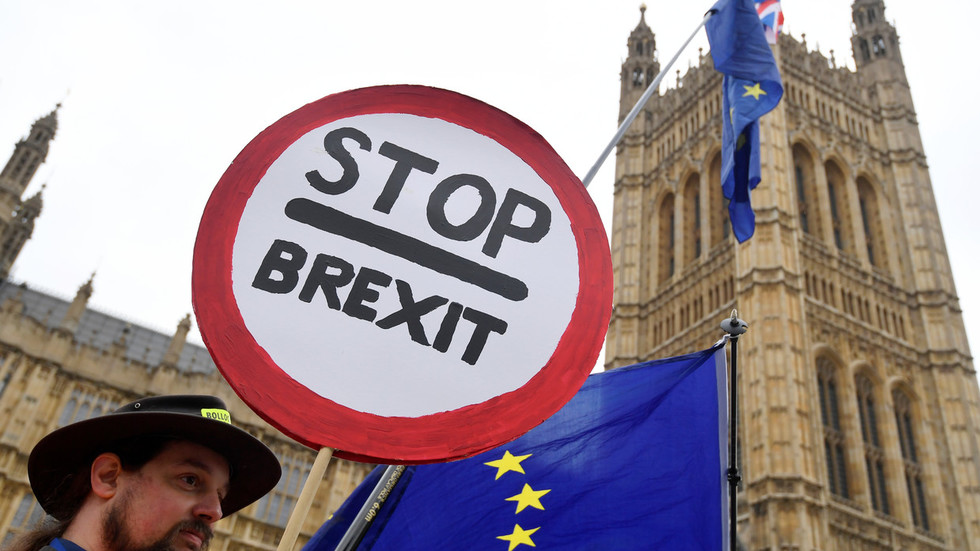 Theresa May confirmed on Sunday that a parliament vote on her Brexit deal will “definitely” go ahead this week, after a YouGov poll showed that 53 percent of citizens would like a second vote on leaving the EU.

The UK prime minister made the commitment on BBC’s Andrew Marr program, adding that if MPs voted to reject the deal, the UK would be entering into “unchartered territory” as the country moves to exit the bloc on March 29, 2019.

However, there is now a clear majority in favor of a vote that would decide the fate of Brexit, according to a YouGov poll commissioned for the People’s Vote campaign. The survey which embraced 25,000 people showed 53 percent of support for the final say vote. 47 percent of Brits stood against it – excluding those answering “don’t know.”

Also on rt.com ‘Time is your friend’: Ex-Brexit sec urges Theresa May to delay Brexit vote for 2nd time

If they are given the second chance to vote on whether or not to leave the EU, people would vote to stay an eight-point margin – 54 to 46 percent. Interestingly, when the choice is to stay in the EU versus the Brexit deal proposed by Prime Minister Theresa May, the margin of victory for the Remain camp rises to 26 points (63-37 percent).

Brexit aside, the poll uncovered high levels of pessimism among all voters about the prospect for living standards, the NHS and the economy.

Meanwhile, popular support for the second Brexit vote is apparently on the rise. For example, a Change.org petition – in which the Independent championed a referendum on the final deal – garnered over 1.1 million votes at the time of writing.

Authors of the petition have argued that “people on both sides should have the chance to finish what they started.” After years of government discussions behind closed doors, “the people must not be shut out of the final decision,” they say.

However, May’s commitment to going ahead with the Commons vote was backed by Health Secretary Matt Hancock, who warned that a second Brexit referendum would be “divisive, not decisive.”

As the Brexit saga continues, some conservative voices urge May to delay the vote on her deal for a second time. Earlier in January, former Brexit Secretary David Davis suggested that because the EU is so fearful of losing the £39 billion (US$ 49 billion) “divorce payment,” a deal could be brokered “at the eleventh hour.” That said, May should hold on and postpone the “meaningful vote.”

Previously, the UK parliamentary vote on the Brexit deal was withdrawn at the last minute by May’s Tory government and re-scheduled for January 15. The debate on the agreement starts on January 7.