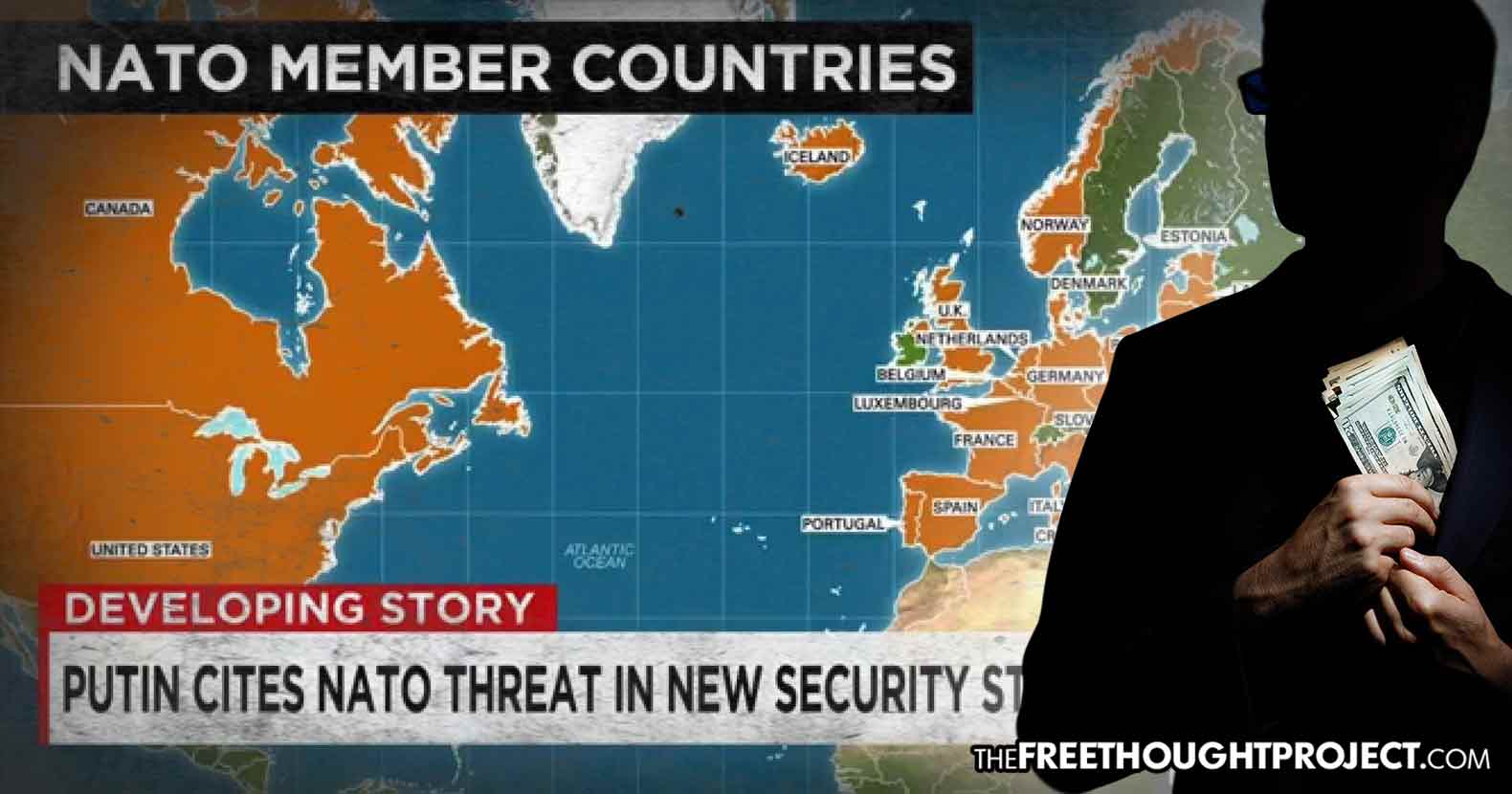 (RT) — US politicians and media peddling scary stories about Russia and China may have a more pedestrian motive than defending ‘American values and way of life’ – a return to the halcyon days of the Cold War and the Pentagon gravy train.

If there’s one thing mainstream Democrats and Republicans agree upon, it’s that Russia and China are the new global threat, ready to pounce at the first sign of a week spot in American defenses to topple the benevolent US dominance of the globe.

If there’s another – never on the record, of course – it’s that war is good for business. Not actual war, what the Pentagon calls ‘kinetic military action’, as that would be destructive. The ideal conditions for the political class in Washington is the bygone Cold War, when it could funnel billions of dollars in taxpayer money to defense contractors, with these corporations repaying the largesse with hefty contributions to politicians.

With a military budget of $ 717 billion in 2019 – which is about four times that of China and 15 times that of Russia – Washington war hawks are still lamenting how the “underfunded” US military could lose the next war against either. There’s only one way to avoid that – spend more.

As the US aggressively asserted the right to intervene anywhere around the world, Russia and China began rebuilding their air forces and augmenting them with new-generation warplanes. For the US Air Force and the aerospace industry, this was like the answer to three decades of prayer.

Lockheed finally had the justification for the F-35 Joint Strike Fighter program, which produced the first prototype in 2006. There were only two tiny little problems with the F-35: nobody could get the plane to actually work as intended, and it was incredibly expensive. The total lifetime program cost was estimated at $ 1.5 trillion in 2015 dollars, the bulk of which would be for “operations and sustainment.”

The most expensive Pentagon project to date is plagued by some of the most expensive problems – but while Lockheed Martin could not make the F-35 actually work as advertised, it did manage to spread its production over 45 US states, ensuring the program is almost impossible to kill politically. Powerful Republican senators have thrown their weight behind the F-35, warning the Pentagon against taking funding away from it in favor of a simpler F15X update proposed by Boeing.

The looming shadow of the ‘Russian hacker’, infiltrating (not really) American political parties and power grids, has spurred the push for cyber security – and the contracts to go with it.

Joint Enterprise Defense Infrastructure (JEDI), a program that seeks to provide the US military with secure cloud services, has attracted big tech with its $ 10 billion contract – which Amazon now seems increasingly likely to win, thanks to its reported inroads with the US administration. Amazon CEO Jeff Bezos was unapologetic, saying the US is a “great country” that “needs to be defended.” Executives at the other two big-name contenders – Microsoft and Google – were equally enthusiastic, with the Microsoft president vowing to give all the tech the company creates to the “ethical and honorable” US military.

Rank-and-file employees, however, were up in arms. Those at Microsoft penned an open letter saying they had joined the company hoping the tech they create would not “cause harm or human suffering.” Employee outcry at Google caused it to drop JEDI altogether, despite company leadership’s enthusiastic support.

The for-profit patriotism at Amazon and Microsoft is bound to be rewarded with even more contracts in the coming years, because the Pentagon believes it has some catching up to do with Russia and China when it comes to artificial intelligence. The DoD’s first AI strategy, while loose on wording, clearly outlines who the main adversaries are.

The known investment figures are relatively minor so far – as far as Washington’s gargantuan defense budgets go. For example, in July 2018, IT consulting company Booz Allen Hamilton was awarded an $ 885 million to work on AI programs over the next five years, and the Pentagon requested $ 93 million in 2019 for Project Maven – which aims to develop algorithms for automatic analysis of drone footage. Google was working on that one, but now says it won’t renew the contract due to disastrous employee backlash – even though backing out means losing on potentially bigger IT-related defense contracts to come.

With Trump just recently ordering a boost in AI development for the sake of American dominance, those contracts are certain to keep rolling in in the foreseeable future.

The US answer to Russia venturing into the Arctic was to reestablish the 2nd Fleet – created in 1950 as a Cold War-era check on Soviet activity in the Atlantic and disbanded by the Obama administration in 2011 to cut expenses. Apparently, no expense is too much when the threat of Russian submarines is – according to 2nd Fleet chief Vice Adm. Andrew Lewis – “real,” and Russians seek to tap the resources the US wanted for itself and its allies.

The US Navy also needs to keep up its “freedom of navigation operation” at the Chinese shores, and “rebuilding” the fleet is one of Trump’s staple defense promises. As an example of the accelerated – and rewarding – build-up, the Navy signed a contract worth a whopping $ 14.9 billion with shipbuilder Huntington Ingalls for two Ford-class aircraft carriers. In another throwback to the good old days, this is the first time since the 1980s more than one of these has been commissioned simultaneously.

The two ships will replace aging ones, keeping the number of active dedicated carriers in the US service at 11 – while China has two, and Russia one.

Another Trump staple, the Space Force, is shaping up to be a fount of profit for the enterprising contractor, though the new branch of the US military is still in the early stages of its creation.

While no deals have been made with the Space Force specifically in mind, there is profit to be had in it for companies like Lockheed Martin. In 2018, Lockheed was contracted to create three satellites that can survive counter-space weaponry, for $ 2.9 billion – and as America’s “adversaries are training forces and developing technology to undermine our security in space,” as Trump put it, more of that is bound to come.

Way back in 1961, President Dwight Eisenhower – who commanded US forces in Europe during WWII – warned in his farewell speech about the dangers of a “military-industrial complex” dictating government priorities and foreign policy. He spoke from experience: the ‘Red Scare’ of the 1950s had already driven the US into an arms race based on the ‘bomber gap’ and ‘missile gap’ favoring the USSR – both of which turned out to be entirely imaginary.

The more things change, the more they stay the same.

US Greenlights Missiles To Finland…What Could Go Wrong?