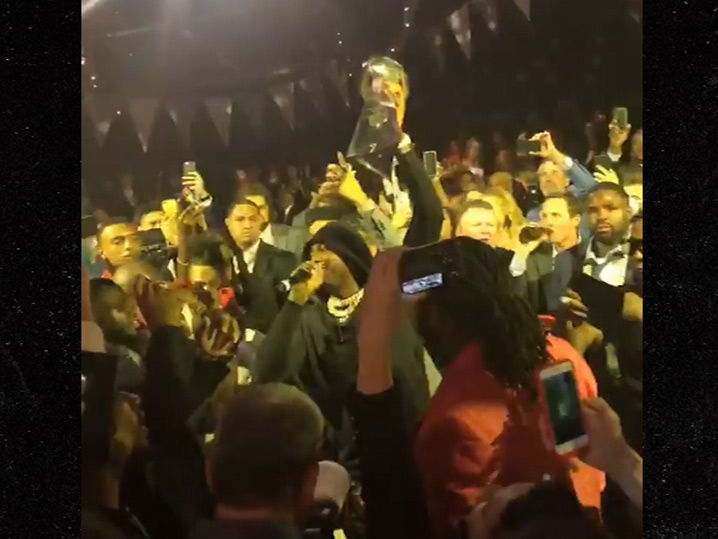 The Philadelphia Eagles got their diamond-studded Super Bowl rings at a massive party Thursday night with a very special guest performer … Meek Mill!

The rapper — along with Rick Ross — busted out song after song while the players rocked out in the crowd — a special moment because his “Dreams and Nightmares” song was the team’s anthem.

During the set, Meek grabbed the mic and told the players, “If I ever had to say I had my best night in prison it was the day the Eagles won the f*cking Super Bowl.”

The players loved it — with guys like Alshon Jeffery, Zach Ertz, Corey Clement, LeGarrette Blount and Torrey Smith having the time of their lives. Lil Uzi Vert was also there!

As for the rings, they’re dope — 10-karat white gold with 219 diamonds and 17 rare green sapphires.

The 127 diamonds on the bezel represent the combined jersey numbers of the three players who touched the football during the Philly Special play — Corey Clement (30), Trey Burton (88) and Nick Foles (9).

There’s also an underdog mask inscribed on the inside of the ring.