More than 100 flights in and out of London have been cancelled due to a snow warning across the UK…. 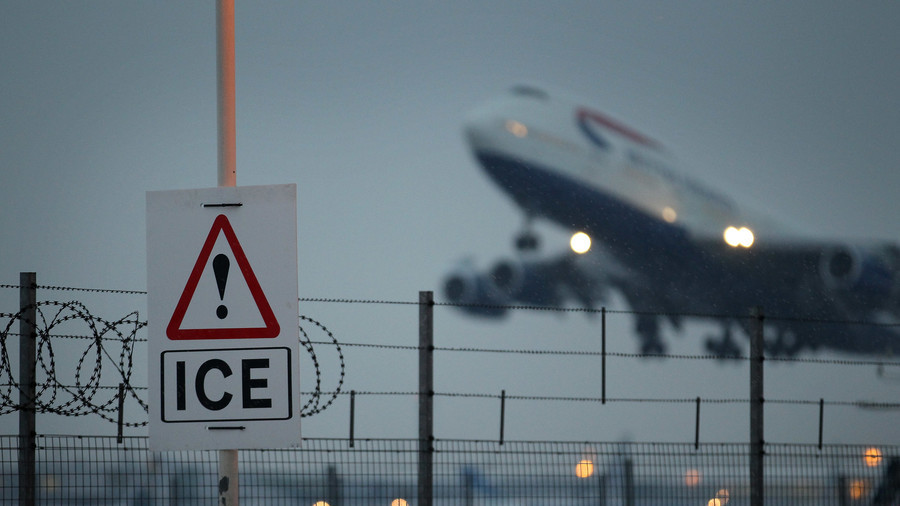 More than 100 flights in and out of London have been cancelled due to a snow warning across the UK. The flurry has prompted some Twitter users to speculate the storm might just be an act of “meteorological warfare from Russia.”

The UK Met Office issued an amber weather warning with snowfall forecast for much of England and Scotland on Saturday and Sunday. About 118 flights have been cancelled so far, affecting some 15,000 passengers, reports the Independent.

“Due to wintry weather and restrictions at some airports we fly to and from, we have merged a small number of our Heathrow flights to ensure that the vast majority of our customers are able to travel to their destinations as planned today,” a spokesperson for BA told RT. “We are offering customers due to travel with us this weekend the opportunity to postpone their journey up until Wednesday.”

The flights were cancelled as a precautionary measure. In a statement to RT, a spokesperson for Heathrow Airport said that while the weather could cause some delays over the weekend, significant disruption is “not currently expected”.

“We are working closely with our on-site Met Office to monitor the further snowfall expected throughout the weekend,” they added. “As always, we advise passengers to check their flight status with their airline before coming to the airport.” So far some parts of the UK have received a blanket of snow, while people in areas spared the sudden snowfall have been left wondering what all the fuss is about.

There’s been about a millimetre of snow in London so getting to work is probably going to take half the day. Also fully expect that house along the street to have their Christmas tree back up before nightfall…

London, I can confirm a light sprinkling of snow.

A light sprinkling of snow in London this morning. So how long are we giving it before the entire city grinds to a standstill? An hour? #uksnow#beastfromtheast2

Many are hoping the snowfall doesn’t spark the same level of hysteria brought on by the recent #BeastFromTheEast that battered the country two weeks ago. Schools and public transport were shut down for several days and more than 300 flights were cancelled.

Westminster’s reaction to the Skripal poisoning case in Salisbury, England, seems to have inspired a corresponding blame-game on social media over the sudden cold snap. Some Twitter users are claiming the freeze is a bizarre kind of “meteorological warfare” ordered directly from Russian President Vladimir Putin.

You can just tell by the smug look on the face of this snow, that it came from Russia.

The snow is meteorological warfare from Russia.