Researchers say initial findings suggest that a substance found in insect repellent may be effective in battling coronavirus, months after… 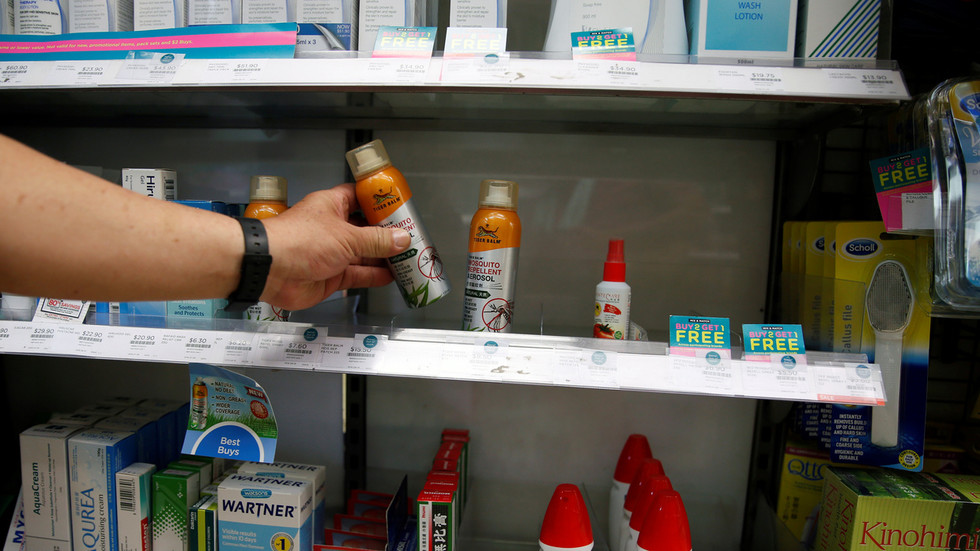 Researchers say initial findings suggest that a substance found in insect repellent may be effective in battling coronavirus, months after it was revealed that the British military was experimenting with the unusual prophylactic.

Scientists at the Defence Science and Technology Laboratory (DSTL) believe that Citriodiol, a product made using oil from the leaves and twigs of the eucalyptus citriodora tree, could help fend off Covid-19 when used in tandem with other measures such as hand washing. They’ve released their preliminary data so that others can conduct further research, Sky News reported.

Citriodiol is an ingredient in several types of insect repellent and is reportedly known to kill other types of coronavirus.

In April, Britain’s military was issued with an insect repellent that contains Citriodiol, after officials theorized that the spray could possibly help keep personnel healthy. Though done without any hard data to back it up, the strategy was considered risk-free, as the military already had a stockpile of the repellent and it is not known to have any adverse side effects.

The scramble to find a cure or proven treatment against Covid-19 has spawned fierce debate over a range of medications, as well as numerous highly dubious home remedies. Anti-malaria medication hydroxychloroquine has been the subject of considerable controversy, particularly after US President Donald Trump endorsed it as a possible treatment. The list of questionable antidotes seems to grow larger by the week. An early – and unproven – remedy involved bathing yourself in bleach.