Emergency services have responded en masse after an explosion at a warehouse facility near Bristol, UK. “Multiple casualties” were recorded… 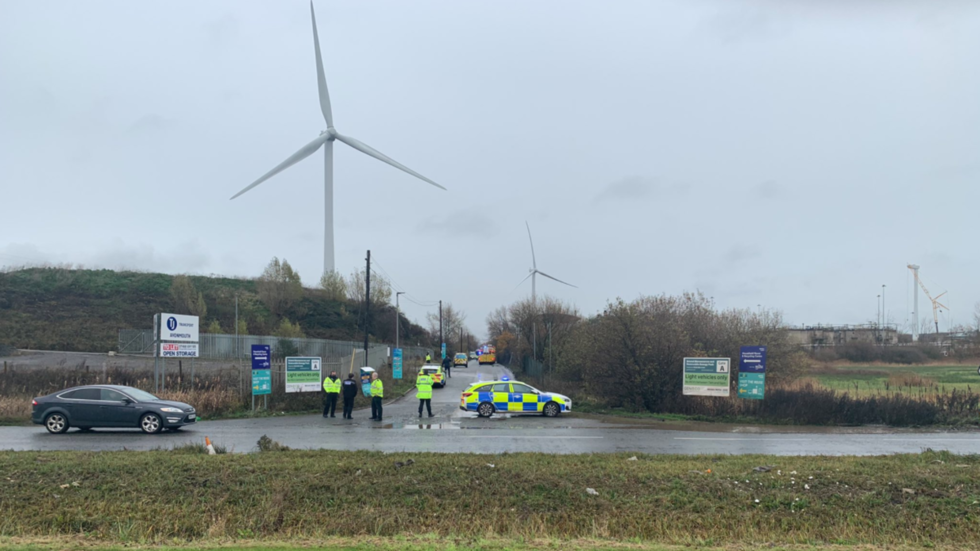 Emergency services have responded en masse after an explosion at a warehouse facility near Bristol, UK. “Multiple casualties” were recorded and reports in local media indicate at least one person was killed by the blast.

Fire crews were called to the “serious incident” on King’s Weston Lane, Avonmouth at 11.22am local time.

Avon Fire and Rescue Service said that “multiple” people sustained injuries during the incident. Media reports indicate that some workers at the facility are unaccounted for.

According to authorities, the incident is ongoing and the public have been asked to avoid the area. A security cordon has been established as a precaution.

Eyewitness photos taken from close to the scene show a large tank which was completely destroyed during the explosion. Additional images show multiple emergency services personnel responding to the incident and a landed rescue helicopter.