President Donald Trump’s choice of new acting White House chief of staff once described him as “a terrible human being”,… 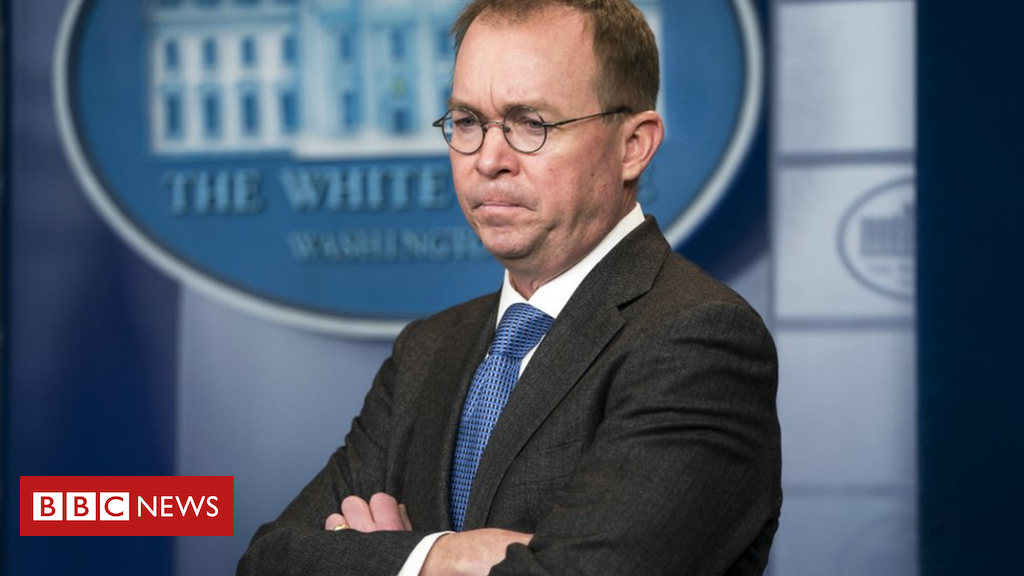 President Donald Trump’s choice of new acting White House chief of staff once described him as “a terrible human being”, it has emerged.

A video shows Mick Mulvaney making the disparaging remark in a debate shortly before the 2016 presidential election.

“Yes, I am supporting Donald Trump, but I’m doing so despite the fact that I think he’s a terrible human being,” Mr Mulvaney says.

He describes Mr Trump’s then opponent, Hillary Clinton, as “just as bad”.

Mr Mulvaney, 51, is a former Republican Congressman and the video, which was obtained by the Daily Beast, was taken during a debate with Democratic challenger Fran Person in York, South Carolina.

He is currently director of the Office of Management and Budget (OMB) and takes up his new role in January.

An OMB spokeswoman said the remarks had been made before Mr Mulvaney had met Mr Trump and were “old news”, the New York Times reported.

Meghan Burris said Mr Mulvaney “both likes and respects the president, and he likes working for him”.

The White House has not responded.

A Facebook post has also emerged from 2016 in which Mr Mulvaney describes Mr Trump as “not a very good person”, NBC reported.

Mr Mulvaney was responding to the release of a videotape from 2005 in which Mr Trump made obscene comments about women.

“I think one thing we’ve learned about Donald Trump during this campaign is that he is not a very good person,” Mr Mulvaney wrote in the post. “What he said in the audiotape is disgusting and indefensible. My guess is that he has probably said even worse.”

But he adds: “I’ve decided that I don’t particularly like Donald Trump as a person. But I am still voting for him. And I am still asking other people to do the same. And there is one simple reason for that: Hillary Clinton.”

Mr Mulvaney replaces General John Kelly, who steps down at the end of the year.