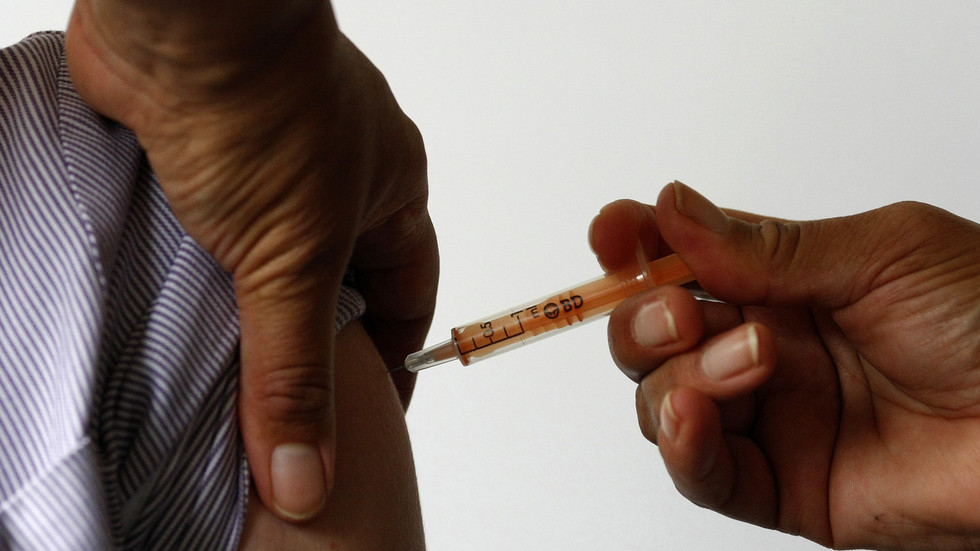 Muslim parents across England are refusing to allow their children to take part in a flu vaccine program after Islamic scholars deemed it “unacceptable in Islam,” leading to fears elderly people could suffer as a consequence.

NHS England is offering every primary school child in the country a nasal spray vaccine called Fluenz, to protect individuals of all ages against the virus. However, Muslim parents are withdrawing their children from the program because it contains gelatine derived from pigs – considered unclean by Islamic imams.

The Muslim Council of Britain (MCB) released a statement on Monday, saying that a range of Islamic scholars are of the view that “vaccines containing porcine are not permitted in Islam unless lives are at risk and there are no alternatives.”

Targeting kids with the vaccine is seen as vitally important because they are so-called ‘super-spreaders’ who pass on the disease to vulnerable groups, such as the elderly. Winter deaths in England hit a 42-year high in 2018.

Dr Shuja Shafi, chairman of the MCB’s research and documentation committee, has called on the government and NHS England to offer an alternative “vaccine which is halal.”

“We need another vaccine which is halal and can be offered to all. We urge the government and the industry to make this happen.”

England’s healthcare provider is urging Muslim parents to consider making an exception because the vaccine can be “considered different from ingesting food.”

The nasal spray vaccine that has been in circulation since 2013 has been gradually introduced to healthy children, beginning with those of nursery school age. An injectable alternative without gelatine does exist, but is only made available to children at higher risk.

Jewish leaders have already given the vaccine the green light because the pork gelatine is not eaten.