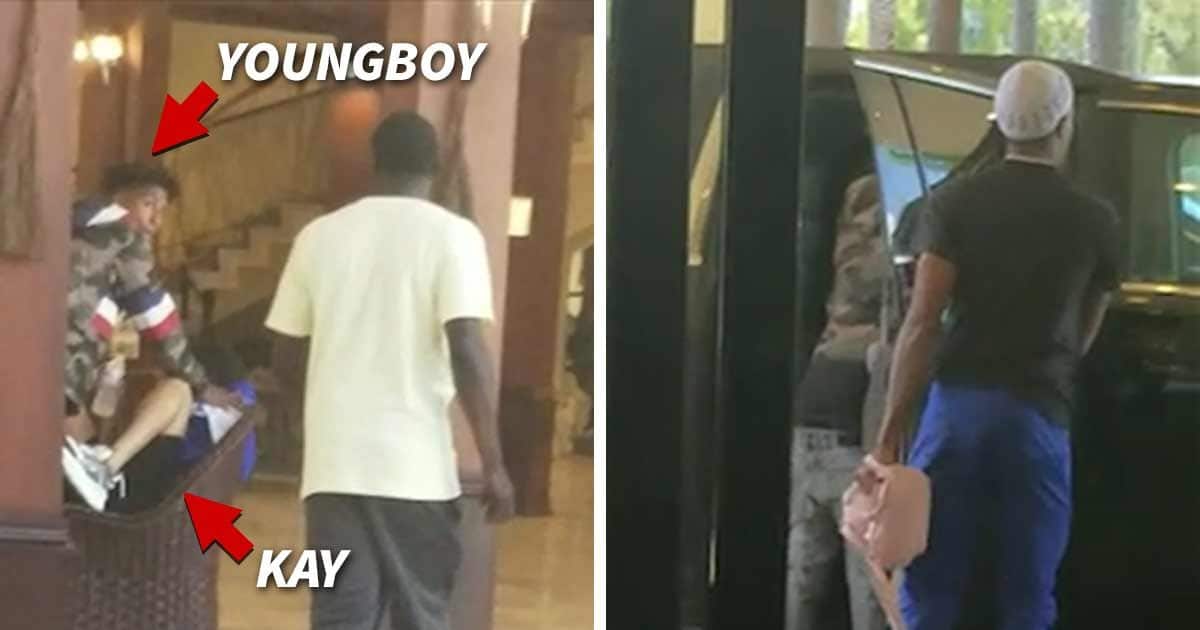 NBA YoungBoy rushed to the side of his injured girlfriend after she was hit a by a bullet in a shootout outside their hotel … applying pressure to her wound and trying like hell to get her to the hospital.

We’ve obtained video of the wild scene following an exchange of gunfire in front of the Trump Beach Resort near Miami … and you see NBA YoungBoy jumping into action to help save his GF, Kay Marie, as she lies in the hotel lobby bleeding.

As we reported … NBA YoungBoy and his entourage were on the receiving end of a hail of bullets in a Mother’s Day shooting that left one man dead.

NBA YoungBoy eventually helps Kay Marie into a waiting car, and they drive off before getting stopped by police arriving at the scene.

In footage shot from an upper floor of the hotel, you see Kay Marie being taken out of a black SUV, placed onto a stretcher and loaded into an ambulance.

We’re told a 5-year-old child was grazed by a bullet during the shooting, and a hotel employee died from a gunshot wound.

Despite all that went down, NBA Youngboy still found a way to make it on stage #RollingLoud pic.twitter.com/ntDjRDmjxC

NBA YoungBoy was in Miami for Rolling Loud, but the shootout and his girlfriend’s scary injury didn’t stop him from taking the stage at Hard Rock Stadium. Police beefed up security at the music fest, bringing in an extra SWAT team and more manpower, and we’re told it was all in reaction to the shooting.

NBA YoungBoy was not one of the 11 people detained by police after the shootout… and we’re told cops would still like to question him.