A missing needle that was the focus of an intensive search being conducted in the East Yorkshire area this morning,… 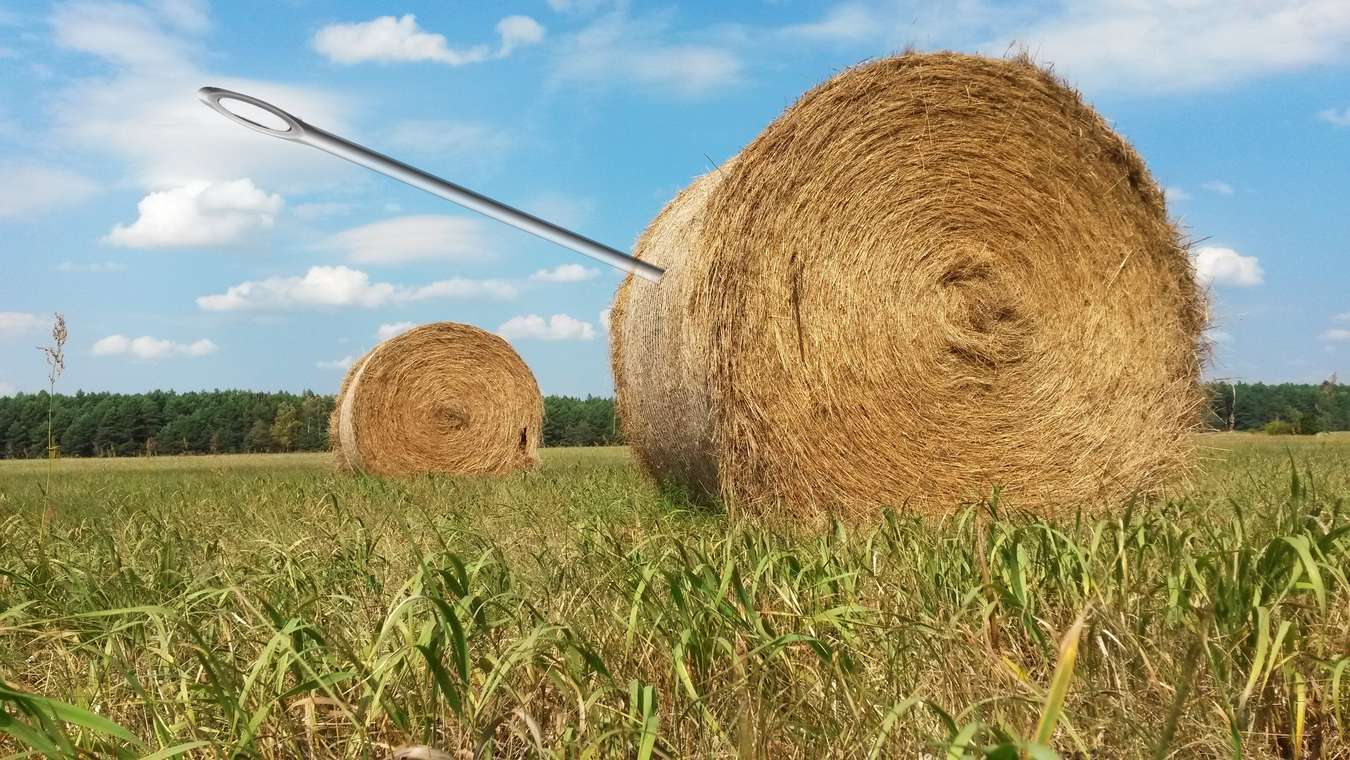 A missing needle that was the focus of an intensive search being conducted in the East Yorkshire area this morning, has turned up, as its finder expected it would, in a haystack.

The search for the needle was undertaken yesterday afternoon by Myke Woodson, of Oaf-on-Sea, after a discussion with his 84-year-old mother on the subject of ‘Patient Zero’, the first person to be infected with COVID-19, and cause of the pandemic.

The discussion was brisk, but stalled when the old lady told her son that the person would never be identified, as it would be:

Woodson considered this. He then told his mother they should go to the farm at the end of their street, and that she should hide a needle in one of the farmer’s haystacks for her son to attempt to find.

Off they went. As Woodson hid his eyes, his mam hid the needle. That having been done, the search commenced.

There were two interruptions for snow, but Woodson kept at it until the search had to called off as darkness closed in.

This morning, however, they were back at the site at 7 o’clock, and at 11:40 came the breakthrough.

“It wasn’t as easy as I’d thought it might be, but not as difficult as she said it would be.”