Spread the love The ostensible land of the free has more prisoners per population than any country in the world. In fact, about… 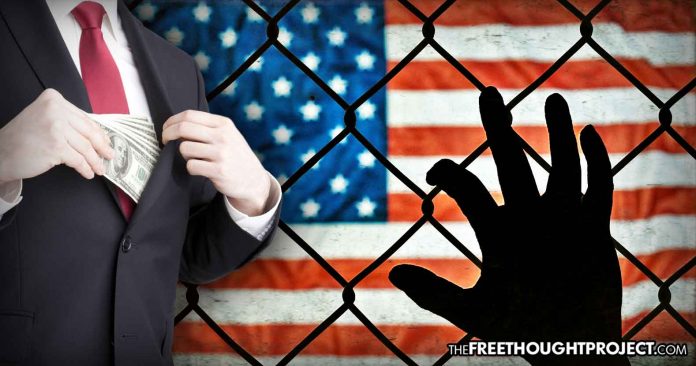 The ostensible land of the free has more prisoners per population than any country in the world. In fact, about 1 in every 110 U.S. adults is currently incarcerated and 1 in every 38 U.S. adults is under some form of correctional supervision. The prison industry is booming. But one state is fighting back to try and change this paradigm.

New York is just one of three states in the county to prohibit private prisons from operating within the state prison system. Although these prisons are not used for state prisoners, federal private prisons still persist in New York. But this is about to change.

New York State has been leading the way in flexing its muscles with respect to the private prison industry, having taken three concrete actions against private prisons: 1. prohibiting private prisons from operating within the state, 2. divesting state pension funds from the largest private prison companies, GEO Group and CoreCivic, and then just last week, 3. passing Bill S5433 in the State Senate, which would prohibit NY State-chartered banks from “investing in and providing financing to private prisons.”

New York intends to starve the industry out of existence in the state by simply not paying for it. This is a great start and a good example for other states to starve this beast who literally profits from crime and the constant lobbying to make more things illegal.

While privatized prisons can be dated back to before the Civil War, these were voluntarily funded operations that didn’t have an incentive to maintain a 99% incarceration rate. Not until the 1980s, when the war on drugs began to peak, did the private prison industry begin booming.

As of 2016, about 19 percent of federal prisoners are held in private prisons and this number continues to grow.

Locking up drug users has proven to be quite the profitable venture.

It is much easier to walk out on the street corner and shakedown a teenager who may have an illegal plant in his pocket than it is to examine the evidence in a rape or murder case. The so-called “Private” Prisons know this and have subsequently found their niche in this immoral war on drugs.

What’s more, the term Private Prison is a farce from the get-go.

A truly Private prison would not be solely funded by taxpayer dollars. These Private prisons are nothing more than a fascist mixture of state and corporate, completely dependent upon the extortion factor of the state, i.e., taxation, as a means of their corporate sustenance.

A truly Private prison would have a negative incentive to boost its population for the simple fact that it is particularly expensive to house inmates. On the contrary, these fascist, or more aptly, corporatist prisons contractually require occupancy rates of 95%-100%.

The requirement for a 95% occupancy rate creates a de facto demand for criminals. Think about that for a second; a need or demand for people to commit crimes is created by this corporatist arrangement. The implications associated with demanding people commit crimes are horrifying.

Creating a completely immoral demand for “criminals” leads to the situation in which we find ourselves today. People, who are otherwise entirely innocent are labeled as criminals for their personal choices and thrown in cages. We are now witnessing a vicious cycle between law enforcement — who must create and arrest criminals — and the corporatist prison system that constantly demands more prisoners.

The police and prison corporations know that without the war on drugs, this windfall of money, cars, and houses — ceases to exist.

If you want to know who profits from ruining lives and throwing marijuana users in cages, we need only look at who bribes (also known as lobbies) the politicians to keep the war on drugs alive.

What does it say about a society who’s resolute in enacting violence against their fellow human so they can have a job to go to in the morning?

The person who wants to ingest a substance for medical or recreational reasons is not the criminal. However, the person that would kidnap, cage, or kill someone because they have a different lifestyle is a villain on many fronts.

What’s more, this is a microcosm of the general reality across the country. The Marshall Project explains in detail why prisons are not an economic stimulus, and may be doing more harm than good.

Another study found that “towns with new prisons experienced much lower increases in employment, retail sales, household wages, housing units and home values when compared to towns without prisons.”

After all, who wants to live next to or open a business next to a massive ball of barbed wire and armed guards.

If we continue to make progress fighting to end the immoral war on drugs and continue to tear down the injustice of mandatory minimum sentencing, and starve the industry like they are doing in New York, then demand for new prisons will slow or reverse.

There are far better ways for towns to improve their economy, such as alternative energy production and things that embrace the future instead of perpetuate and drive the police state. Perhaps no greater sign of hope lies in the pioneering examples where former prisons are being turned into cannabis grow facilities.

Some Implications for Executive Adjudication

California’s Fees on New Development Are 3 Times the National Average. New State Legislation Would Cap Them.