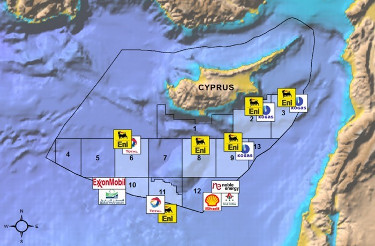 The latest developments in the Middle East and in the Mediterranean and Aegean sea find Turkey in the middle of an energy war that goes along with its military operations in Syria. Behind this energy war are essentially greater powers, but this is the reason why Turkey has found itself in one of its best negotiating and expansionists periods for a long time, both in the diplomatic and geostrategic field.

The recent Russia-Syria energy deal that gives Russia the exclusive rights to produce oil and gas in Syria and rebuild its facilities, comes at the same time that Cyprus is also trying to take advantage of its oil and gas fields that were found adjacent to the Israeli and Egyptian Leviathan and Zohr gas fields respectively. Cyprus, Greece, Italy, Israel and Egypt had previous meetings and agreements for the exploration of these fields which will provide Europe with an energy alternative. And this same alternative is in the interest of both US and Russia.

So what we are witnessing is the deployment of various players in a war where Southeast Europe is the battlefield. That includes other regional battlefields such as the Israel-Lebanon territorial waters where there’s a dispute between the two countries, something which places Russia in confrontation with Israel since Russia’s Novatek engages in the exploration of the Lebanese oil fields. The head of the Lebanese parliamentary committee stated that Russia will protect Lebanon’s oil from Israel. [READ MORE]