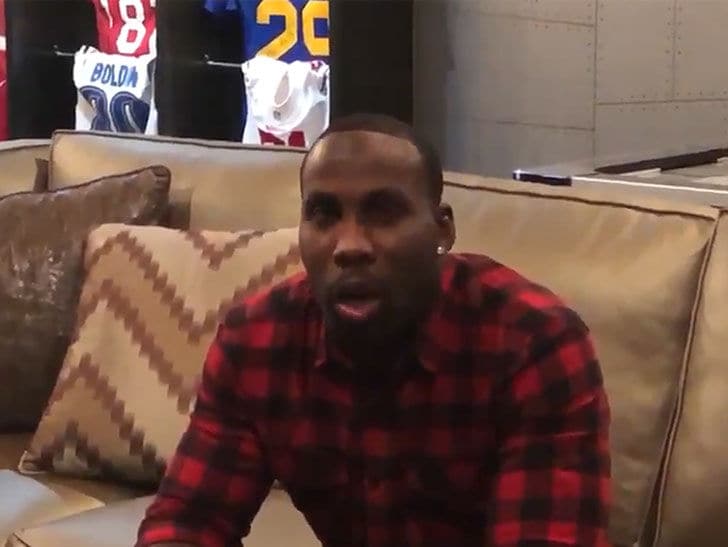 Anquan Boldin says he’s essentially REJECTING Donald Trump‘s challenge for NFL players to come up with a list of people who deserve a Presidential pardon.

Instead, Boldin says the burden should be on the President to come up with new policies to help non-violent drug offenders who’ve been locked up for way too long.

The former Super Bowl champ posted a video directed to Trump spelling out his position.

“I saw the challenge that you issued to NFL players about sending you a list of people that they think should be pardoned … people that we know, people like [Alice Johnson] who I think deserved to be pardoned.”

“Here’s the problem with that … there’s a lot of people like Ms. Johnson that should be pardoned that don’t know a celebrity (like Kim Kardashian) or an NFL player.”

“So, instead of us sending you a list, I’ve got a better idea — how about you come up with a policy to pardon all those people, those non-violent dru offenders who’ve already spent a lengthy sentence in jail at this point. Let’s say 10, 15 years.”

“I think that’s a better way to create change that were looking for.”

Boldin also teamed up with players Torrey Smith, Malcolm Jenkins and Ben Watson to write an op-ed for The NY Times spelling out the plan in greater detail.

So far, no word back from Trump.