A health minister’s letter aimed at reassuring people that the UK is all set for a no-deal Brexit, reveals that… 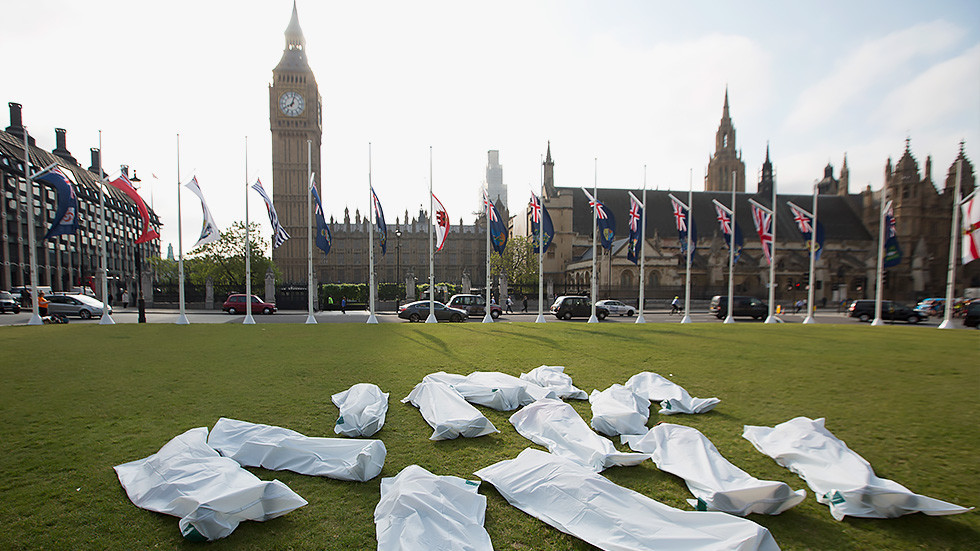 A health minister’s letter aimed at reassuring people that the UK is all set for a no-deal Brexit, reveals that the NHS is stockpiling body bags. It’s prompted Twitter to utilize some dark humor.

The morbid course of action was disclosed by ITV’s Robert Peston, who released extracts from Health Minister Stephen Hammond’s letter via social media, in which he insists “the government is preparing for all exit scenarios.”

The health minister Stephen Hammond has written to a Tory MP to provide assurance to one of the MP’s constituents that the NHS is stockpiling bodybags as insurance against a no-deal Brexit. This is not a joke. See attached exerts from letter. pic.twitter.com/XlfPVkU8eg

In his letter, Hammond singles out body bags as “essential products” that come to the UK from or through the EU, which are being stockpiled to mitigate against severe disruption to the NHS.

The Tory MP for Wimbledon also lists a number of medical products, consumables and equipment, including medicines, vaccines and blood products that are being amassed to cope with a no-deal Brexit scenario.

Social media users have reacted with some humorous takes on the macabre strategy for no-deal Brexit planning.

2016:
“I see no downside to Brexit, only a considerable upside.”
“Sunlit uplands”

2019:
“At least there will be bodybags to see us through the food riots" https://t.co/tQFnGMmVde

Don't panic. Somebody in the ERG will know where you can get a good deal on body bags.

Good – will cross bodybag shortages off my list of Brexit worries.

Responding to the letter, a Department of Health and Social Care spokesperson attempted to play down the government’s strategy.

They told the Mirror: “If everyone does what they should do, we are confident the supply of medicines and other medical supplies will be uninterrupted in the event of exiting the EU without a deal.”

Every month, 37 million packs of medicines are imported into the UK from the EU. The UK government and NHS bosses have set up a “war room” called the ‘Operational Response Centre.’ In addition, healthcare companies are creating six-week stockpiles of medicine.

Health Secretary Matthew Hancock has claimed he’s now the biggest buyer of fridges in the world, after fitting out NHS facilities for storage of the critical drugs. NHS staff have been told to urge patients not to stockpile medicines personally to avert shortages being felt throughout the system.